Priests’ Eucharistic-Sacrificial Mission Is Inseparable from Their Pastoral Mission 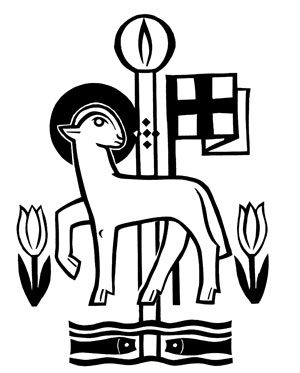 On the fourth Sunday of Easter, Benedict XVI conferred priestly ordination upon nine deacons from Roman diocesan seminaries. During the ceremony, which was held in St. Peter’s Basilica, the Holy Father told the ordinands that the Roman tradition of celebrating ordinations on this Sunday, known as Good Shepherd Sunday, is rich in significance, its meaning being “associated with the convergence between the Word of God, the liturgical rite and the period of Easter in which it falls. The figure of the pastor in particular, so relevant in Sacred Scripture and naturally very important for our definition of priests, acquires its full truth and clarity in the face of Christ, in the light of the mystery of His death and resurrection”, he said.

The Pope commented on the reading from the Gospel of St. John, which begins with Jesus’ words: “I am the good shepherd” who “lays down his life for the sheep”. This phrase leads us immediately “to the apex of the revelation of God as pastor of His people”, he explained. “This centre or apex is Jesus … Who died on the cross then rose from the grave on the third day. He rose with all His humanity, and so He involves us all … in His transition from death to life. This event – Christ’s Easter – in which God’s pastoral work was fully and definitively achieved, was a sacrificial event; therefore the Good Shepherd and the High Priest come together in Jesus, Who gave His life for us”.

The second reading, from the First Letter of St. John, tells us of “the fruits of Christ’s Easter: the fact that we have become children of God. … In fact, man’s status as child is the result of the salvific act of Jesus. Through His incarnation, death and resurrection, and the gift of the Holy Spirit, He gave man a new relationship with God: His own relationship with the Father. … This relationship is already real in every sense, but it is not yet fully manifest; it will be in the end when – if God wills – we see His face unveiled.

“This, dear ordinands, is where the Good Shepherd wishes to lead us”, the Pope added. “This is where the priest is called to lead the faithful under his care: to true life, to life ‘in abundance'”. At the same time, Jesus reaffirms that the characteristic of the true pastor is that of giving his life. “The biblical figure of the king-pastor, whose main task is to support the people of God, keep them united and guide then … is fully realized in Jesus Christ in the sacrificial dimension, in His offer of life. It is realized … in the mystery of the cross; that is, in the supreme act of humility and oblational love”.

This, the Pope noted, is the direction in which the formulae used in the rite of Ordination lead. Indeed, among the questions regarding the “promises of the elect”, the last, which is as the culmination and summary of the others, says “do you wish to be ever more closely united to Christ, the High Priest Who, as pure victim, offered Himself to the Father for us, consecrating yourselves to God together with Him for the salvation of all mankind?”

By responding, “the priest becomes uniquely involved in the mystery of Christ’s sacrifice, through a personal bond with Him that prolongs His salvific mission. This union, which comes about through the Sacrament of Holy Orders, requires ‘ever closer union’ through the generous response of the priest himself”.

Benedict XVI also mentioned the formula used at the moment of consigning the bread and wine to the new priests: “Receive the offer of the holy people for the Eucharistic sacrifice. Understand what you do, imitate what you administer; conform your life to the mystery of the cross of Christ the Lord”. These words, he said, “underline the fact that, for priests, celebrating Mass every day does not mean merely undertaking a ritual function, but accomplishing a mission which involves all of existence, in communion with the risen Christ Who continues to enact the redeeming sacrifice in His Church”.

The Holy Father went on to note that “Eucharistic and sacrificial aspects are inseparable from the pastoral aspect, of which they are the nucleus of truth and salvific strength upon which the effectiveness of all activity depends. … The preaching, works and other activities which the Church carries out with her many initiatives would lose their salvific fruitfulness if the celebration of Christ’s sacrifice were lacking. This celebration is entrusted to ordained priests. … Only through the ‘door’ of the Paschal sacrifice can men and women of all times and places enter eternal life. It is through this ‘holy path’ that they can make the exodus which leads them to the ‘promised land’ of true freedom, to the ‘green fields’ of endless peace and joy.

“Dear ordinands, “the Holy Father added in conclusion, “may this Word of God illuminate your lives. And when the weight of the cross becomes more burdensome, know that that is the most precious moment, for you and for the people entrusted to your care. By faithfully and lovingly renewing your ‘yes with God’s help I want it’, you help Christ, High Priest and Good Pastor, to feed His sheep; perhaps only the sheep which was lost, but for which there will be great joy in heaven”.