Principals from the Diocese of Orlando graduate from Emmaus Leadership Series 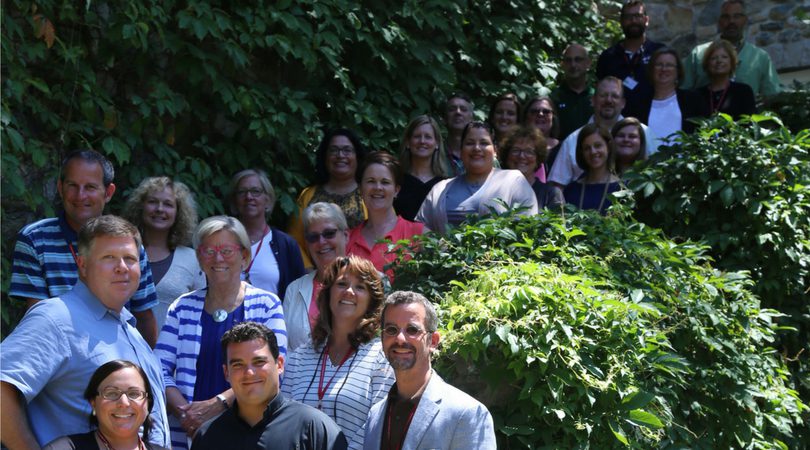 Congratulations to Lou Pereira, President of Trinity Catholic High School, and Deborah Schwope, Principal of Resurrection Catholic School who completed the Emmaus Series for Catholic School Leaders, a program of the Roche Center for Catholic Education of Boston College.

The Emmaus Series program is designed to form transformative leaders in Catholic education by offering quality training to deepen their knowledge of spiritual and instructional leadership, and business management. It consists of workshops, webinars, and retreats focusing on key issues such as effective financial planning, marketing and enrollment, and Catholic school mission, among others. Leaders who complete the Emmaus Series are prepared to make their schools’ missions and visions a tangible, sustainable reality.

Pereira said, “The Emmaus Series has broadened my understanding of how Catholic schools are functioning and growing in many regions of our country. The topics that were explored are vital to moving Catholic schools forward in the 21st century. The content provided by associates as well as the Emmaus leadership was spot on, leading all of our cohort to think of Catholic schools in a way that prompted forward thinking, Faith enrichment, and academically rigorous curricula, all of which are ingredients to building Catholic schools of substance for the future. I am also grateful for the Emmaus Series because of the friends I have made and the strong network of support that I now feel I have thanks to this program.”