Progress on the 2018 Farm Bill 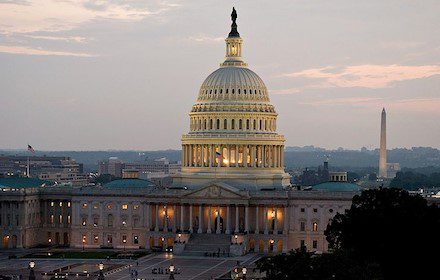 Catholic Rural Life Policy Blogger, Robert Gronski, updates us on the progress of the 2018 Farm Bill. This article kicks off a series that will unpack, explain and comment on the major parts of the Farm Bill and how these impact rural people of faith.

For people of faith, farming holds an elevated vocation in a nation’s economy, precisely because food production is necessary for life itself. Speaking to rural life advocates in late 2016, Pope Francis expressed it this way: “It is an eloquent expression of that imperative to ‘till and keep the garden of the world’ (Laudato Si’, 67) to which we have been called, if we wish to carry on God’s creative activity and to protect our common home”

This shapes our engagement on the Farm Bill, an omnibus piece of legislation that affects not just farm communities around the country, but urban and suburban areas as well. As we have noted in past farms bills, this comprehensive legislation is really a Farm-Food-Environment-Energy-Rural Development bill.

The current Farm Bill, passed in 2014, expires at the end of September 2018. In previous articles throughout 2017, I noted hearings by both House and Senate Agriculture committees that sought public input on the Farm Bill. Now that we’re in the new year, it’s time to get ready for actual “markup” (drafting) of the bill.

The House Agriculture Committee has been promising to schedule the markup process and begin debating proposed legislation for the 2018 Farm Bill. This is expected over the next couple of months; the committee has created a special section on their website about this.

The Senate seems to be a bit further behind in their drafting process, but also intends to release and markup a draft in the months ahead.

Complicating matters at the moment is money: how much is needed, how much is available and what programs will be given priority over others. This begins with an estimate by the Congressional Budget Office (CBO) on baseline spending for agriculture, nutrition, conservation and other programs. This is expected in March (although a preliminary estimate may come up sooner).

How are estimates made during a year when a farm bill is set to be reauthorized, but new policies not yet known or in place? The CBO estimates how much money would be spent under a straight reauthorization of the old farm bill. Any new spending or cost savings are then measured and scored against that baseline as negotiations unfold.

Here’s one of the complicating factors for this year: the recent tax cut legislation is expected to boost deficits by a trillion dollars. Some fear that this will justify major entitlement cuts, meaning cuts to anti-poverty and anti-hunger programs. The Church would certainly be concerned by cuts to nutrition assistance programs, namely SNAP.

Another fiscal factor to consider is that the President’s FY 2019 budget proposal is due in early February. This could influence the debate on a new farm bill, and we’ll know more when the USDA releases the Administration’s priorities for the farm bill. Presidential budget requests often contain policy proposals, and President Trump’s last budget was no exception. Advocates for sustainable agriculture and family farms will be on the lookout for what the President’s 2019 budget has to say about his vision for agriculture and for the next farm bill.

On top of these money matters, congressional leaders and the White House are expected to continue hammering out a deal to raise spending caps and extend the suspension of the debt limit.

Despite these fiscal concerns, the House Agriculture Committee is still expected to debate and pass its version of the Farm Bill by the beginning of spring. Stay tuned for regular updates as the process unfolds, and for my latest CRL Blog Series that will unpack, explain and comment on the major parts of the Farm Bill and how these impact rural people of faith.

—Robert Gronski is a Consultant for Catholic Rural Life. He tracks policy perspectives on food, farm, environmental, and rural community issues and helps frame these within the perspective of Catholic Social Teaching.