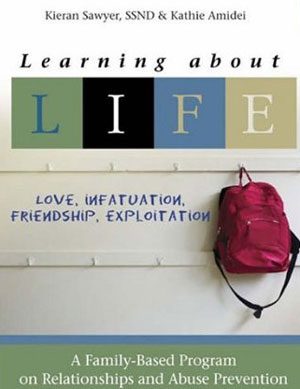 In an effort to protect young people from abuse… 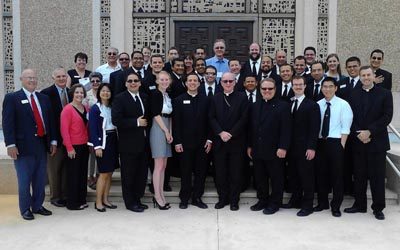 In an effort to protect young people from abuse and exploitation, the Diocese of Orlando requires parishes in the Diocese of Orlando to offer religious education students “Learning about LIFE (Love, Infatuation, Friendship and Exploitation) Plus,” a faith-based, family-centered curriculum designed to teach children about safe environment awareness as well as chastity, values and virtues education.

The program is part of the diocese’s newly expanded safe environment programs, aimed to meet the mandates of the Charter for the Protection of Children and Young People, a comprehensive set of procedures established by the USCCB that, in part, set guidelines in creating a safe environment for children and young people.

About a dozen children and their parents from St. Charles of Borromeo Parish in Orlando attended a LIFE Plus class for fifth and sixth graders on April 3. Led by catechist Lynn Madrigal, the first part of the class focused on positive relationships – friendship, family love, and romantic love, before delving into exploitation, which included a lesson on sexual abuse – what to look for in an abuser, how they exploit their victim, and who to talk to if it happens to the child or a friend. Each topic began with a brief lesson from the instructor, followed by an activity and private discussion between parent and child.

“Sexual abuse is a serious wound in your mind and heart,” Madrigal stated from the curriculum. “God loves you and wants you to have loving relationships now and in the future.”

Father Augustine Clark, pastor, observed a portion of the class and spoke of its value. “The most amazing thing about this program is the fact that it is getting parents and children sitting down together and discussing important topics,” he said. “Our children are getting their information from so many sources — school, television and others. This program provides a better picture about the importance of having values.”

“I really liked how it started with the family and discussions of love with family and friends before going into the other subjects,” said Lisa Simmons, who participated in the program with her son, Joseph. “Being here with my son was really nice because I was able talk to him about being a good friend, being a good family member, being loving and respectful, before we talked about the tough stuff. It was enlightening talking to him about being a good person.”

Last year, 1,541 employees, 5,515 volunteers and 108 priests and deacons from the Diocese of Orlando were finger printed and had their backgrounds checked, while more than 44,000 people took safe environment training classes.