Responsibility for Seminaries Moved to Congregation for the Clergy

‘Ministrorum institutio’ is the title of the Motu Proprio by which the Holy Father modifies the Apostolic Constitution ‘Pastor bonus’, (John Paul II, 1988) and transfers the competency for seminaries from the Congregation for Catholic Education to the Congregation for the Clergy. Following are ample extracts from the document. 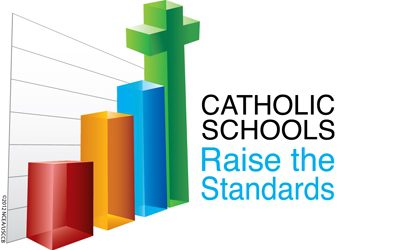 ‘Ministrorum institutio’ is the title of the Motu Proprio by which the Holy Father modifies the Apostolic Constitution ‘Pastor bonus’, (John Paul II, 1988) and transfers the competency for seminaries from the Congregation for Catholic Education to the Congregation for the Clergy. Following are ample extracts from the document.

“The formation of sacred ministers was one of the main concerns of the Fathers of the Second Vatican Ecumenical Council, who wrote that, ‘fully aware that the desired renewal of the whole Church depends to a great extent on the ministry of its priests, [the Council] proclaims the extreme importance of priestly training’. In this context, canon 232 of the Code of Canon Law claims ‘the duty and the proper and exclusive right’ of the formation of those who are designated for the sacred ministries?that by regulation takes place in seminaries?as belonging to the Church.”

Pictured: Bishop John Noonan, the Office of Vocations, and the Seminarians of the Diocese of Orlando.

“The first body of a universal character entrusted with the foundation, government, and administration of seminaries … was the Congregatio Seminariorum instituted by Benedict XIII in the constitution ‘Creditae Nobis’ (1725). Over time that organisation became defunct and the seminaries continued to receive the Holy See’s particular consideration through the Sacred Congregation of the Council (which today is the Congregation for the Clergy) or also through the Sacred Congregation of Bishops and Regulars and, from 1906, only by means of the latter.”

“With the Apostolic Constitution ‘Sapienti consilio’ (1908), St. Pius X reserved jurisdiction over seminaries to the Sacred Consistorial Congregation. … With the Motu Proprio ‘Seminaria clericorum’ (1915), Benedict XV … created a new dicastery that took the name ‘Sacra Congregatio de Seminariis et Studiorum Universitatibus’. The Holy Father explained his decision as due to concern for the increasing amount of issues and the importance of the office. … The new dicastery … was adopted by the Code of Canon Law of 1917.”

“It is significant to note that, during the drafting of the new Code, there was discussion regarding the possibility of maintaining the same provision but, in the end, it seemed more appropriate to premise the entire norm as an introduction to the part that dealt with the clergy. Thus the rules and directives regarding seminaries were included … under the apt title of ‘The Formation of Clerics’. … The Second Vatican Ecumenical Council again recalled that ‘major seminaries are necessary for priestly formation’ … Therefore, according to the Second Vatican Council and the Code of Canon Law of 1983, seminaries fall under the sphere of the ‘formation of clerics’ that, to be true and effective, must seal permanent formation with seminary formation …”

“As my venerated predecessor, Blessed John Paul II, affirmed in the Apostolic Exhortation ‘Pastores dabo vobis’ (1992) … ‘It is particularly important to be aware of and to respect the intrinsic link between formation before ordination to the priesthood and formation after ordination. Should there be a break in continuity, or worse a complete difference between these two phases of formation, there would be serious and immediate repercussions on pastoral work and fraternal communion among priests, especially those in different age groups’.”

“I find it opportune, therefore, to assign the promotion and governance of everything regarding the formation, the life, and the ministry of priests and deacons to the Congregation for the Clergy: from the pastoral care for vocations and the selection of candidates for Holy Orders; including their personal, spiritual, doctrinal, and pastoral formation in seminaries and special centers for permanent deacons; to their permanent formation; including living conditions and procedures for exercising their ministry and their welfare and social assistance.”