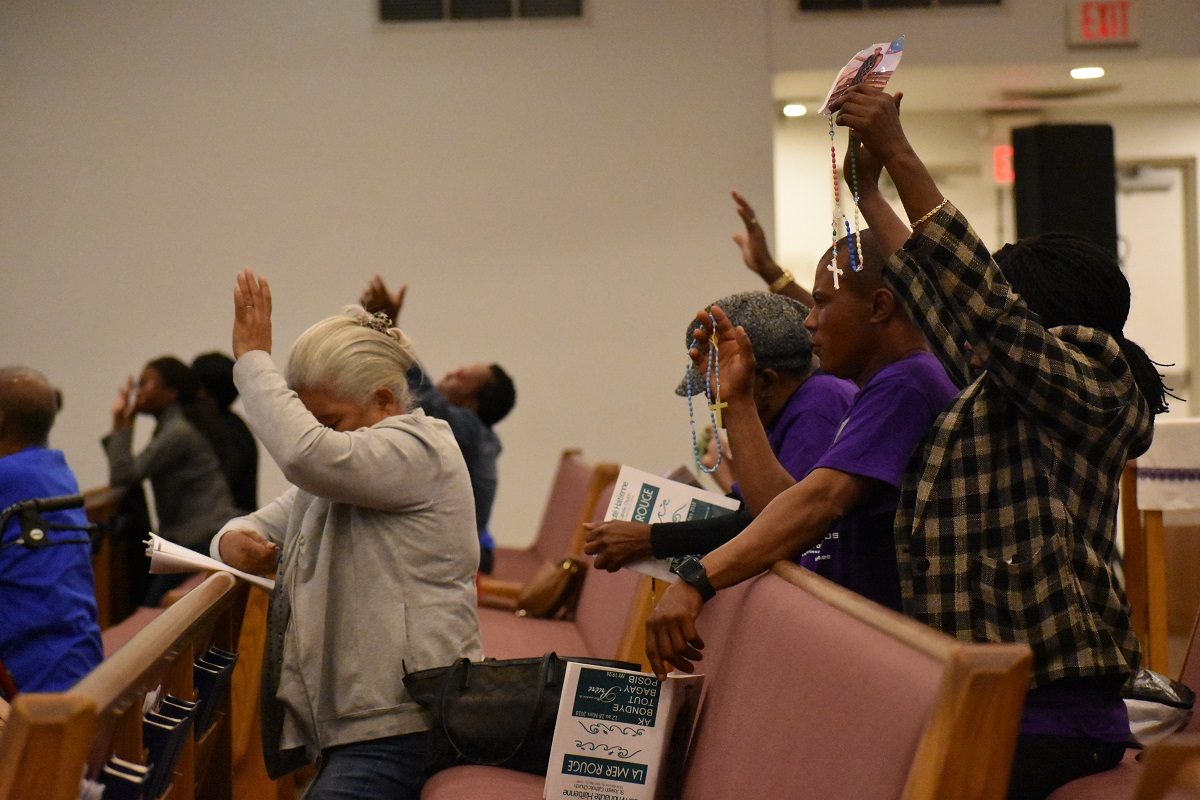 In a desire to lift the hearts of the faithful at St. Joseph Parish in Palm Bay and the surrounding area, parochial vicar, Father Vilaire Philius, hosted The Red Sea Conference, modeled after Moses and the Israelites’ journey out of Egypt. The conference ran from March 12-18 and included priests from Vero Beach to Haiti offering talks ranging from the “Theology of Suffering” to the “Discipleship of St. Joseph”.

Father Philius said, “Our objective for this conference is to revive, nourish and deepen one’s faith while striving for a personal encounter with Christ.” The seven-day conference recalls how Moses led the Israelites out of Egypt, into the desert, through the grace and hand of God when he parted the Red Sea. So too, the life of every Christian depends on the Lord’s saving power and deliverance. Although the desert presented its own struggles, it prepared the Israelites for the Promised Land, as God encouraged and loved them through the miracles of life-sustaining manna and water from a seemingly unyielding rock. Father Philius noted the conference journey is like “the freedom from slavery of sin to eternal life.” His desire is that it will offer hope.

Each day began with a rosary, praise and worship, and closed with Adoration allowing time to sit before Christ in contemplation of what had been learned. The Haitian community gathered to celebrate their faith and to give God thanks for his handiwork in their lives. The joy that only comes from spiritual food was palpable as they danced and rejoiced.

Father Luc Philogène of Carrefour, Haiti, spoke of the “Theology of Suffering” helping the community see they have much in common with the Israelites who were also foreigners in a new land. Other topics such as the “Call of Gideon” and the “Noble Character of Esther” enabled the assembly to take home examples of role models for their lives based on the hallmark traits of these biblical giants. To complete the perfect reflection on discipleship, Father Pierre-Soul Estefont of Vero Beach and Father Mike Petit-Homme of Washington, D.C., spoke about the discipleship of Mary and Joseph.

Although La Mer Rouge is a Haitian revival tradition, longtime parishioner Joseph Jean, had never attended one, and he was not left disappointed. A busy pharmacist, he arrived a little late the previous night, but said, “It’s been everything that I’ve heard. You learn what the Red Sea was for the people of God and Israel. Understanding it through this conference, I see how powerful God was and how he has led his people. I have always said that the Haitian people are comparable to the people of Israel. I feel that God has a plan for these people (Haitians) and we are being patient, even though the people of Israel weren’t very patient.” Jean came to the U.S. in his 20s and was glad to be a part of the cultural spiritual tradition, playing the base as part of the musical accompaniment. “As a Christian, I feel like our life, through the trial and tribulation of every day… we need to leave it to God,” he said. “Just as he did for these people (Israel), God will deliver you too. For me, as long as I am with God, as long as I am in church, as long as I am praying, I feel good. No matter what comes my way, I know God will have a word in it and will show me the way.”