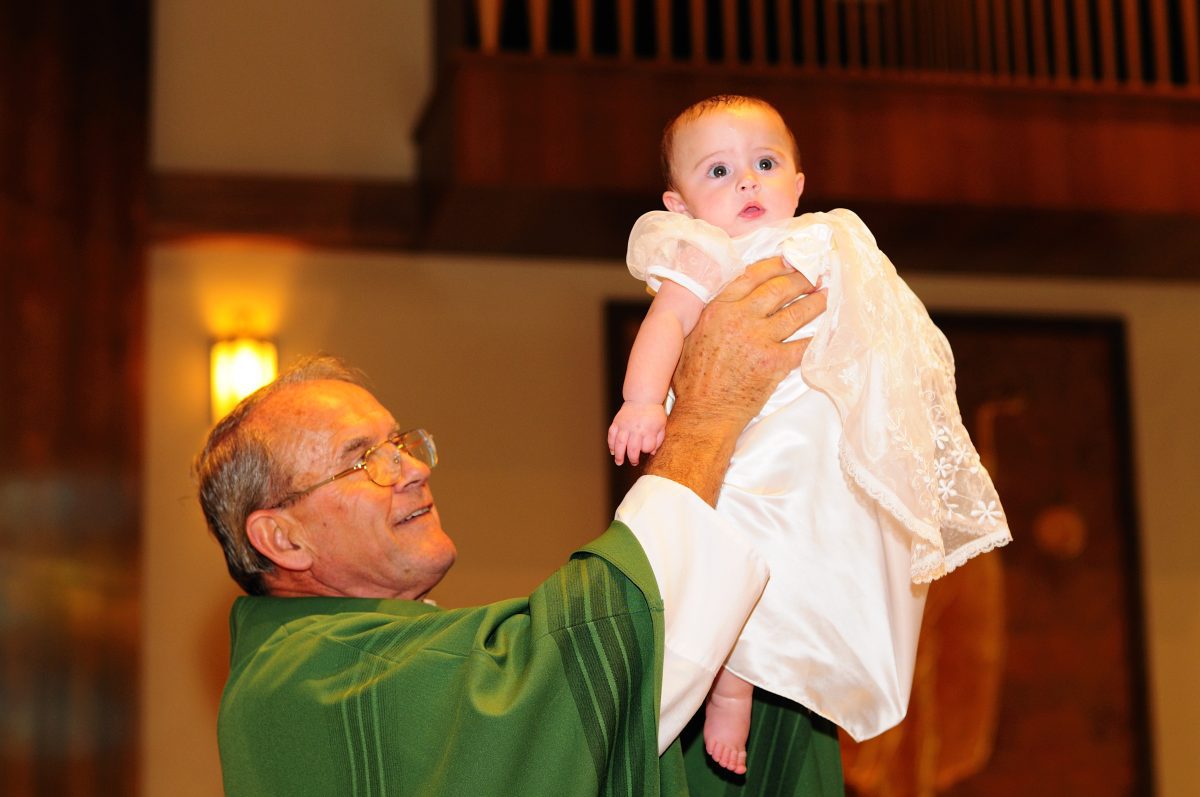 PORT ORANGE – OCALA | On Jan. 22, 1973, Karen Lewis was driving home from a full day of teaching. Per her custom, she turned on the radio and heard words that would impact millions of lives. The decision in Roe v. Wade Supreme Court case was announced, marking a day in history she would never forget. One minute abortion was illegal, the next it wasn’t. “I was in shock,” said Lewis. She thought, this can’t be happening. “We’re the United States of America. This doesn’t go with what we stand for. We stand for freedom of the baby as well as of the mother.”

Shortly afterward, Archbishop Fulton Sheen mobilized the faithful to prayer with his Spiritual Adoption program, encouraging the faithful to help thwart abortions through the power of prayer. The brief prayer is still in practice throughout the world. Taking only 10 seconds to say, the idea was originally to pray year-round for a baby in the womb. “Spiritual parents” commit to saying Archbishop Sheen’s prayer: “Jesus, Mary and Joseph, I love you very much. I beg you to spare the life of the unborn baby that I have spiritually adopted who is in danger of abortion.”

When Lewis heard about it, she immediately jumped on board. Becoming a part of a respect life group, she and the other members began to pray. In the years since, she has moved and changed parishes several times, always bringing the program with her, broadening the scope of those making the appeal to the Lord. “I just felt that there was no question; this was an important issue.”

This year she led the effort at Our Lady of Hope in Port Orange. Although one can begin the prayer any time, she always tries to prepare parishioners to begin on Jan. 22, the landmark date. Cards with the prayer are distributed to those willing at all Masses.

Our Lady of the Springs parishioner Barbara Price does the same at her Ocala parish, preparing those willing to participate in the supplication in December so they may begin the first of the year. At her parish, they pray during the 9 months a baby is usually in the womb. She publishes developmental progress of the fetus each month in the bulletin.

“Your spiritually adopted baby has been quite active over the past month. Already your baby is 10,000 times bigger than at conception. Your baby has developed the foundations of his brain, spinal cord and nervous system by the 20th day. His heart began to beat on the 21st day and is pumping blood through its own circulatory system,” explains an announcement for the first month’s development. The progress reports help connect an image with the prayer. In some locations, devotees even name the child for which they are praying. These elements make the prayer tangible and personal. Prayers are also included for the parents, that they may be guided by the Holy Spirit to spare their children.

The Ocala parish is in its 11th year participating in the prayer. Almost 200 parishioners signed the pledge to pray for a child in the womb. The group has grown from its original 50. “It takes 10 seconds to say the prayer,” noted Price. “It is very simple. Our prayers make a difference.”

Price said, initially, the respect life ministry stood in front of the abortion clinic during 40 Days for Life. In 2015, the Ocala Women’s Center closed its doors. With mostly elderly parishioners, “This was a way to remain active,” noted. Price. It facilitated participation without the complication of driving and hours of standing outside a clinic in another city.

Both Price and Lewis strongly believe in the power of prayer. “I can’t just sit still,” said Lewis. “Prayer is the most important thing. I feel as though, if you don’t do anything, it’s like saying it’s okay. …This prayer is just a wonderful idea. If all the pro-lifers in the world were doing it, maybe we could change our laws.”

By Glenda Meekins of the Florida Catholic March 25, 2020