Seeking the Face of God 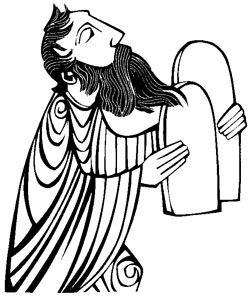 Salvation history, that is, the account of God’s saving interaction with humanity, was the theme of the Holy Father’s catechesis on Wednesday. 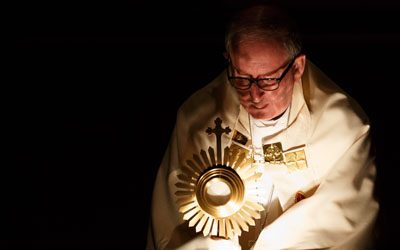 Salvation history, that is, the account of God’s saving interaction with humanity, was the theme of the Holy Father’s catechesis on Wednesday.

The Old Testament narrates how, after creation, God, in spite of original sin, again offers human beings the possibility of His friendship “through the covenant with Abraham and the path of a small people, of Israel, whom He chooses not according to the criteria of earthly power but simply out of love. … For this task He used mediators, like Moses and the prophets and judges, to communicate His will to the people. They recalled the necessity of faithfulness to the covenant and kept alive the hope of the full and definitive realization of His divine promises.”

God’s revelation reaches its fullness in Jesus of Nazareth. In Him, “God visits His people, He visits humanity in a way that goes beyond all expectations. He sends His Only Begotten Son; God himself becomes man. Jesus does not tell us something about God’s nearness, doesn’t simply speak of the Father: … He reveals the face of God to us.” Within Jesus’ statement, “‘Whoever has seen me has seen the Father’ … the newness of the New Testament is contained. … God could be seen, God has revealed His face, He is visible in Jesus Christ.”

Benedict XVI recalled the importance of the search for the face of God throughout the Old Testament, that is, for “a ‘You’ who can enter into relationship, who is not locked away in His heaven, looking down on humanity from on high. Certainly, God is above all things, but He turns toward us and listens to us: He sees us, speaks, extends covenants, and is capable of loving. Salvation history is the story of God with humanity. It is the story of this relationship of God who progressively reveals Himself to mankind.”

“Something completely new occurs, however, with the Incarnation. The search for the face of God is unimaginably changed because this face can now be seen. It is that of Jesus, of the Son of God who is made man. In Him God’s path of revelation, which began with the call of Abraham, is fulfilled. He is the fullness of this revelation because He is the Son of God as well as ‘the mediator and the fullness of all revelation’. In Him coincide the content of Revelation and the One who reveals … Jesus, true God and true man, is not simply one of the mediators between God and humankind, but is ‘the mediator’ of the new and eternal covenant. … In Him we see and encounter the Father. In Him we can call God by the name of ‘Abba, Father’. In Him we are given salvation.”

“The desire to truly know God, that is, to see the face of God, is inherent to every human being, including atheists. Perhaps we also, unconsciously, have this desire to simply see who He is. … But this desire is fulfilled in following Christ thus … we finally see God as a friend. What is important is that we follow Christ not only when we need Him or when we find a minute of time among our thousands of daily tasks. … Our entire existence must be directed toward meeting Jesus Christ, toward love for Him. In such an existence, love for our neighbor must take a central position; that love that, in light of the Crucifix, allows us to recognize the face of Jesus in the poor, the weak, and in those who are suffering.”