Sisters speak of joys, opportunities found through their vocation 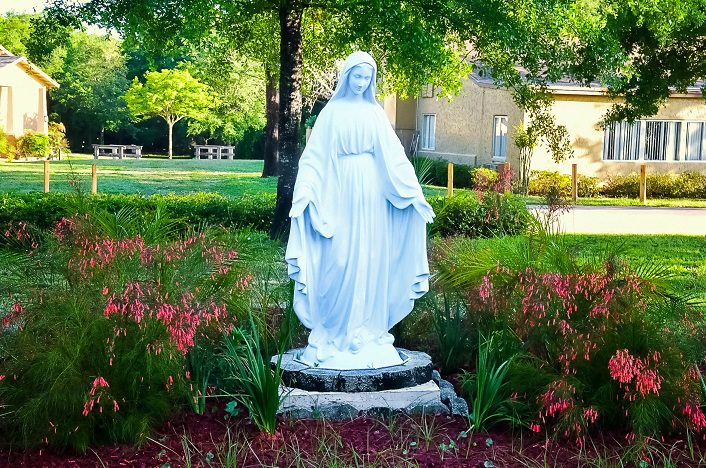 Sara Marquard never doubted she wanted to consecrate her life as a religious sister. She has been discerning religious life since she made her confirmation five years ago, now it’s only a matter of which order she wants to join.

“I always had a strong feeling that I wanted to be a sister,” said the nineteen-year old from Deland, who would pray daily in middle school, which was when she felt an overflowing love for God. “My family helped me stay on track. I never stopped praying even when I didn’t want to pray.”

Marquard was among 10 women from around the state of Florida who came together for “Come and See,” a Women’s Discernment Retreat on Sept. 30 at the San Pedro Center.

The fifth annual retreat geared toward women 18 and older was led by Sister Kathleen Power, SSJ, Associate Director of Vocations for the Orlando Diocese. She said it was a chance for the women to interact with the sisters from four different religious congregations. The day began with Morning Prayer followed by a talk titled, “How Shall I put on the Attitude of Christ?”

“How many struggle with our limitations, and we so often push against our limitations. Yet, God who had everything did the opposite,” Sister Power said. “Jesus does not cling to the greatness; he chose to live with limitations. He was other-centered. He didn’t spend time judging himself. He doesn’t overplay being wounded. In scriptures, we are constantly called to be the face of joy, peace, forgiveness and compassion. We look at Jesus, and that is what we see.”

Attendees also got the opportunity to ask questions during a panel discussion, participate in reflection and end with a Mass with the religious sisters of the Diocese of Orlando. Victoria Gordillo, a 22-year-old parishioner from St. James Cathedral and graduate from Seminole State College, said it was great to have the six religious sisters there to guide them.

“I was hoping to discern God’s will for my life,” Gordillo said. “It’s nice to have a small group of people to come together to find out the same thing.”

Sister Maria Teresa Acosta of the Servant of the Pierced Hearts of Jesus and Mary said it’s important to follow your heart and decide to embrace God’s call sooner than later and not be afraid to say yes.

“I had a special encounter with God’s love, and at that point I felt God wanted more of me,” said Sister Acosta of her vocation. “I was looking for happiness, and I found it in Jesus.”

The sisters explained they had many opportunities because of their vocation that they may not have had otherwise such as participating in a pilgrimage to Rome, ministering to the people in Puerto Rico and Hawaii. However, Sister Power said the key to joy in religious life is love.