South Sudan: A Nation is Born 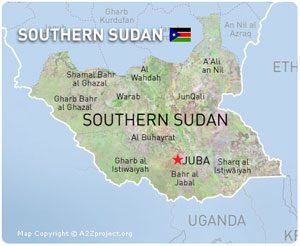 Like so many other nations before, the Republic of South Sudan suffered decades of war on its way to independence. The fighting finally ended with a peace agreement in 2005.

Still, many expected a renewal of violence. But this newest nation came to life against all odds when a peaceful and orderly referendum in January saw 98% of Southern Sudanese casting their votes for independence. The people of South Sudan now need Catholics in the United States to stand with them as they begin to build a better future.

Thankfully, a bright constellation of Catholic leaders is deeply engaged with bringing about a peaceful transition for the citizens in the South as well as the North.

“We are privileged to be among those called upon to help grow this nation,” said Ken Hackett, president of Catholic Relief Services (CRS), who was among the official United States delegation invited to witness the Independence Day ceremony.  CRS has provided relief to over one million people in Sudan for many years prior to and during the civil war.

Desmond Tutu, when he was Anglican archbishop of Cape Town, once said he was not surprised—as many were—that his country had made a peaceful transition from apartheid to democracy because “so many people all around the world were praying for us.”

The same can be said of Sudan.  Catholics around the globe responded to the Sudanese Bishops’ call for 101 Day of Prayer in Solidarity with Southern Sudan leading up to the referendum.  In the U.S. prayers flowed from groups assembled in school auditoriums, at center field in university stadiums and in parish pews.

A powerful connection between Catholics in the U.S. and the people of Sudan was fostered by Sudanese bishops who courageously traveled to the U.S. in recent years, pleading their country’s case at the United Nations and in Washington, and in Mass in many cities, including with Archbishop Timothy Dolan of New York at St. Patrick’s Cathedral.

During his recent visit to the U.S., Sudanese Bishop Eduardo Hiiboro Kussala of the Diocese of Tombura-Yambio said, “In the run-up to the referendum, there was much written about the bad scenarios leading to war. Because of the faith of the people, God blessed us with a peaceful referendum. And I believe, because of the people’s commitment and faith, we can build a Sudan of peace.”

The people of South Sudan need prayerful support for years to come, and the Church will stand with them. It is devastated after years of fighting and neglect. It has few paved roads. Access to clean water and good sanitation is very limited. Medical care is rudimentary. Educational opportunities are scarce.

“At CRS, we are committed to staying with South Sudan in the years and decades to come as it finds its path among the nations of the world,” said Hackett.  “It will not be an easy trip. There will be plenty of bumps in the road. But it is a journey we are committed to make.”

Kim Pozniak, CRS’ communications officer for Sub-Saharan Africa, is in Juba to report on the Independence Day ceremonies.