A special collection for our sister diocese, the Diocese of San Juan de la Maguana, will be taken during all Masses, Sept. 22 and 23, throughout the Diocese of Orlando. Father Fred Ruse, a Diocese of Orlando priest who is on pastoral assignment in the Dominican Republic, said proceeds from the collection will help the diocese continue its good works in this impoverished region. 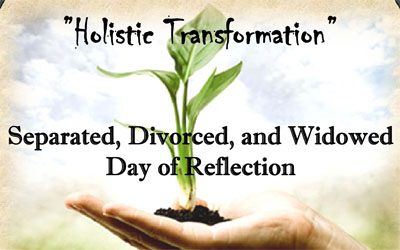 A special collection for our sister diocese, the Diocese of San Juan de la Maguana, will be taken during all Masses, Sept. 22 and 23, throughout the Diocese of Orlando. Father Fred Ruse, a Diocese of Orlando priest who is on pastoral assignment in the Dominican Republic, said proceeds from the collection will help the diocese continue its good works in this impoverished region.

“While the people we are serving have come a long way in the past 10 years, we have to remember that many of the adults have not lived in a healthy environment, and while they are now our teachers in the mountains, they did not grow up with a solid foundation of learning and education,” Father Ruse said.

“The whole nature of the Gospel culture is very new as far as their day-to-day living is concerned. They are learning countless and immeasurable amounts of things,” he continued. “This collection is not an appeal for charity; rather it is a confirmation of our commitment to be in partnership with the Diocese of San Juan de la Maguana. It invites communities within the Diocese of Orlando to say, ‘Yes, this is what we want. This is how we want our church to be.’ That is what it means to church at its best.”

In the mountains of la Cordillera Central in the Dominican Republic, children are eagerly learning how to read and write. The nearly 360 children are students at one of five educational centers at Our Lady of la Loma School, a Catholic educational system built in partnership by the Diocese of Orlando and its sister diocese, the Diocese of San Juan de la Maguana. Just a decade ago, the mission children were all but forgotten by the Dominican Republic public school system. Today, they attend one of the best school systems in the country.

Father Fred Ruse of the Diocese of Orlando Mission Office serves five communities from his home in La Cucarita, a small town in San Juan.  He said before the mission school system was in place, the government would send teachers to the mountains for two to three days a week. Politically driven, the teachers had no desire to improve the lives of the boys and girls, rather pass them on to the next level, even though they had not mastered the more remedial materials.

“If they did not pass them along, it reflected poorly on them. They were not doing their job in the eyes of the government,” Father Ruse said. “In the end, we had eighth graders who could not read or write.”

As a means of reversing this trend, Sister Bernadette Mackay, O.S.U., director of the diocesan Mission Office, developed a program that would teach adults within the communities how to read and write and, at the same time, teach the children how to do the same. Under her plan, classes for the children would be held five days a week, while teachers would attend educational and formation programs twice a week.

Father Ruse said the government initially balked at the idea, saying that mountain people were not qualified. However, nine years later, as the teachers are finishing their collegiate studies, the government has become an advocate of the mission’s efforts. In fact, it recently did a study on the educational system in the country, and out of the 5,500 schools, Our Lady of la Loma and the supportive educational centers ranked 66th.

The successes of the schools have been nearly 30 years in the making, when, in 1983, the late Bishop Thomas Grady of Orlando and the late Bishop Ronald Conners of San Juan de la Maguana established a mutually beneficial sister relationship between the two dioceses. Father Ruse said before they could even address the educational needs of the people, the dioceses had to address a plethora of obstacles, such as health issues, nutrition, clean water and clean homes, as well as the “demons of poverty”  where people do not see beyond their immediate needs for the betterment of the community as a whole.

“The initiatives that we are undertaking are important so that these people might fully be who God has called them to be,” Father Ruse said. “In return, this encounter supplies us with that which was missing in our lives. We find ourselves walking side by side with the communities in our sister mission; therefore, coming into a fuller development of our own identity in Christ. We are a stronger church because we are together. Still, we have a lot of work to do.”