Spreading the light of Christ, one deacon at a time 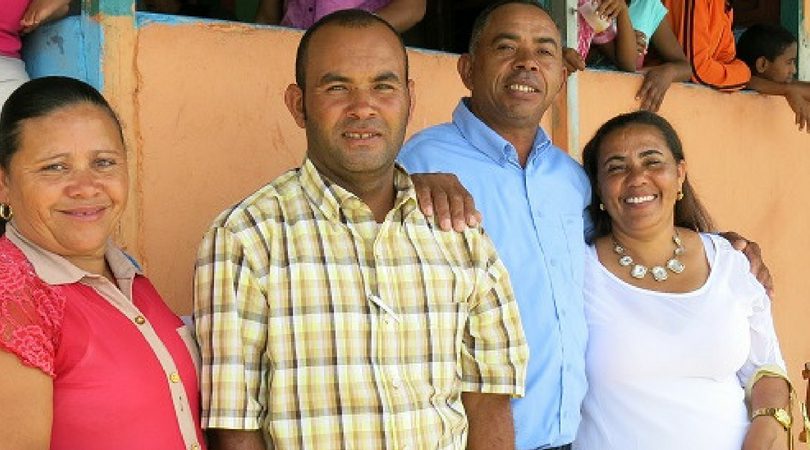 ORLANDO | When the Mission Office staff of the Diocese of Orlando first went to the Dominican Republic more than 35 years ago, the goal was always to grow God’s kingdom by spreading the Good News and making disciples. They did not expect to directly take part in diaconate formation, but the journey has been rewarding. On Sept. 24, Bishop José Grullón Estrella, of our sister Diocese of San Juan de la Maguana, will ordained two men as deacons – Jesus “Nilson” Delgado and Manuel “Yadil” Díaz Santo. Father Fred Ruse and Deacon Carlos Solá assisted in their formation and parishioners at Ascension Parish in Melbourne sponsored the financial commitment of courses and supplies needed in the process.

Deacon Solá has served as a mentor, “affirming what they have learned and helping them apply it to daily living.” He prays this has fostered a common dream and future vision, beyond the daily liturgy and pastoral efforts. He notes the vast differences between the two men.

“When I see Nilson, I see someone who does not waste words,” said Deacon Solá. “He says nothing that he has not thought about. He is humble, reflective, and takes time to act. Once he acts, it is always discreet,” he noted. “He goes from house to house, creating a consciousness among the people.”

He describes Díaz Santo as “the vocal person. He speaks immediately. He’s the communicator,” Solá stated. “Perhaps he has not thought about the process, but understands he needs to begin inspiring enthusiasm and he does it well. He has the vision to identify leaders he can send out to help deliver a message.” Deacon Solá laughed and said, “In a meeting, he is sure to speak and certainly will be the first one.” Together, the two complement one another, assuring the successful evangelization of the faith in Las Lomas.

Born in La Cucarita, he has four children. His wife, Jocelin, and daughter, Minerva, teach in schools established by the mission. “I discovered my vocation in speaking to Father Fred (Ruse) about the diaconate,” he said. “I look forward to serving in various spiritual dimensions – socially, economically and more.” Delgado, a contractor, has helped build homes for neighbors at no charge. His love of neighbor is palpable. He recognizes, “There are communities that need me as a deacon, as there is no priest to serve them. A deacon is a servant and I look forward to serving the only Church established by Christ.”

Born in Los Montacitos, he has three children and is married to Denia. “I discovered my vocation when I was youth coordinator in Los Montacitos in 1999. Encouraged by Father Fred and Deacon Carlos, I began formation. I want to serve in a more integral way, taking part more frequently in Las Lomas community celebrations – celebrating the Sacraments of Baptism and Marriage.” Díaz Santo also shared he awaits Ordination with great anticipation.