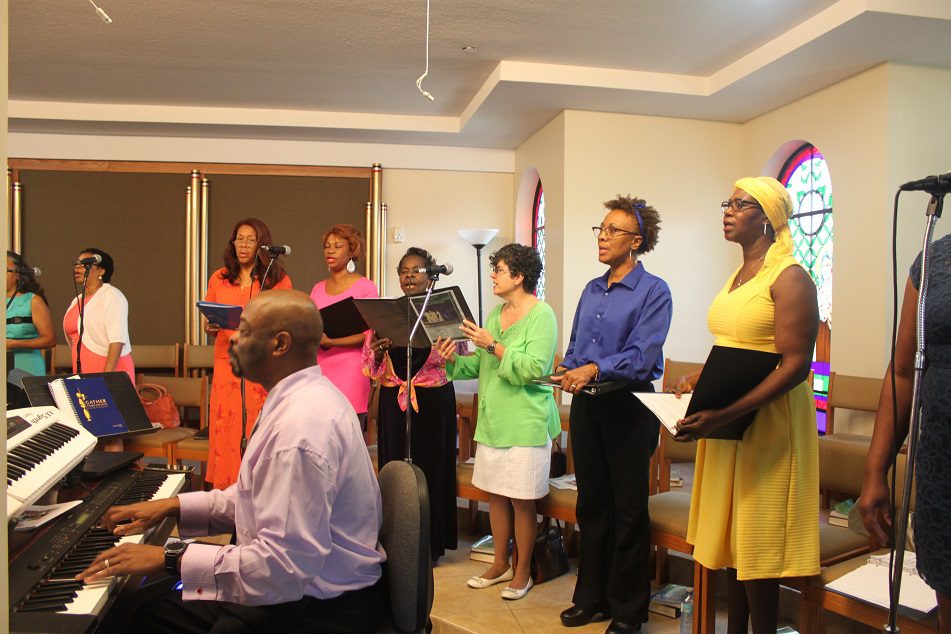 The gospel choir sang a lively rendition of “Come Let Us Worship the Lord,” for the opening song at Mass as a way to commemorate the event. Music Director Vincent Howard led the 11-member choir, which was accompanied by drums, piano, and guitar. “The more lively the music, the more it brings the message of the love of Christ,” Howard said.

Deacon Larry Herbert gave the homily at Mass, which was dedicated to Black Catholic History Month. Herbert said like the image of the brides waiting for their bridegrooms in the gospel reading, we are always waiting for something – whether it’s in the grocery store line, coffee shop, or to catch a flight in the airport.

St. Andrews Parishioner Dorcas Dillard, who helped coordinate the essay contest, said she hopes to see more surrounding parishes become involved next year. They put a call out to three parishes for students to write an essay on how St. Ignatius of Antioch influenced the Catholic Church and them personally.

“Our first goal is to bring about more awareness of influential Catholic people of color to the Catholic community. I think it’s important because there’s not awareness that there were black saints with a Catholic influence in the church,” she said. “You don’t see a lot of black representation across the country and not a lot of black African priests. They need to know they are welcome, and that there are others who have done great things in the church and have made a difference.”

The first place winner of this year’s essay contest was Ruben, an 8th grade student at St. Andrew’s. Through his research of St. Ignatius, he learned how the saint helped the Catholic Church through his leadership and how black people also influenced the church.

“I learned I should never give up in anything I do and continue to teach the word of God,” Ruben said. “If he wasn’t a very important part of the Catholic Church, then I don’t know who is.”

Father Leo Hodges said the essay contest and Black Catholic History Month brought about awareness of the saints from Africa and helped young people realize their influence. “It’s important because African Americans have been instrumental in the Catholic Church,” Hodges said. “It’s not only important for African Americans (to know), but for all of the church.”

On July 24, 1990, the National Black Catholic Clergy Caucus of the United States designated November as Black Catholic History Month to celebrate the long history and proud heritage of Black Catholics. For more information on how to get involved with Black Catholic Ministries at St. Andrew, email bcm@standrew-orlando.org.