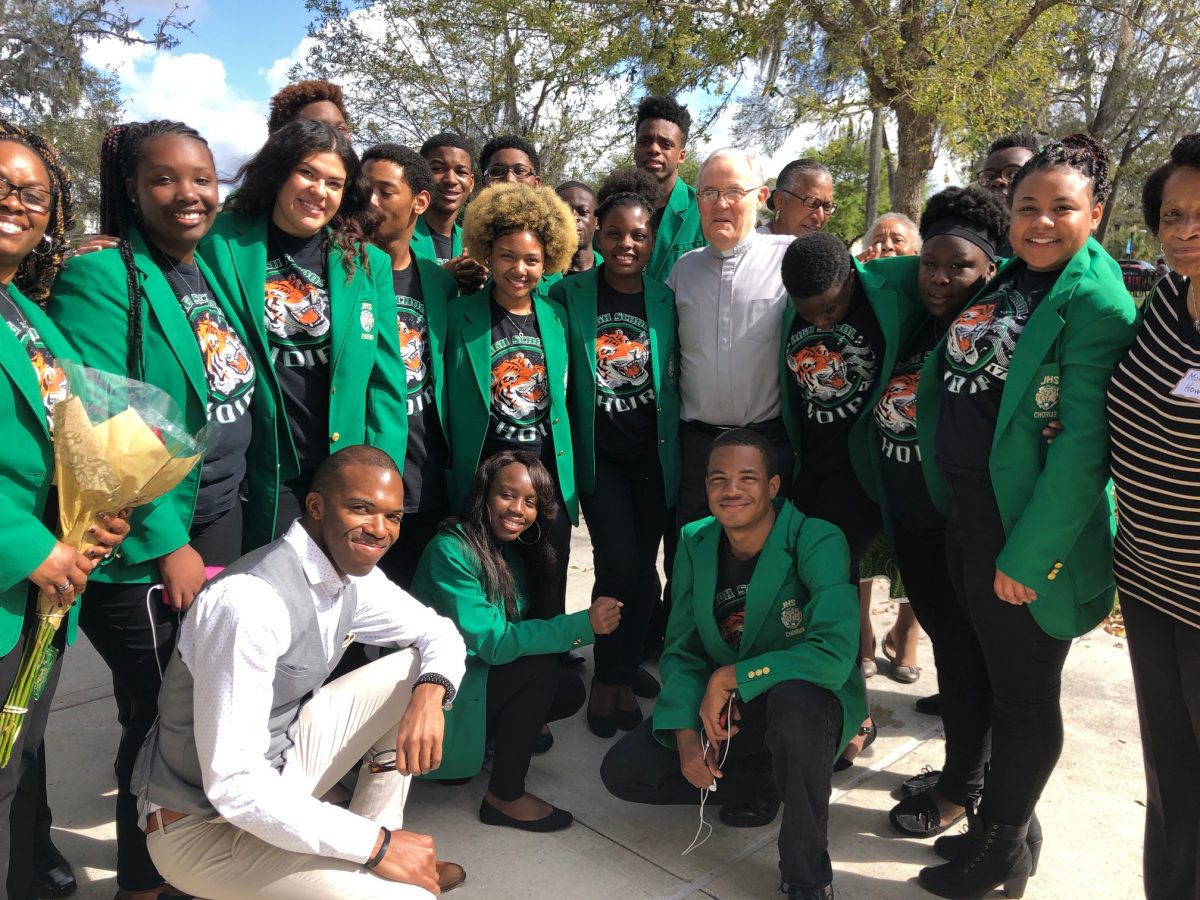 Each year, students in the performing arts dream of going to Carnegie Hall and sharing the stage where many of the greatest singers, musicians, and artists have shared their gifts with the world. For 100 students at Jones High School Master Singers and Wind Ensemble in Orlando, that dream is becoming a reality on April 7 as they participate in the World Strides Festival. St. Margaret Mary Parish in Winter Park is one of the contributors making it possible.

“I always hoped I would get to Carnegie Hall one day,” said Johnta, an excited 10th Grade percussionist.  “I never imagined it would be happening my sophomore year.”

Over the past decade, the choir has performed at St. Margaret Mary several times and Pastor Father Richard Walsh said he has a great respect for them. “They are a fabulous choir,” he said. “I admire what they’re doing. The young people really need a break, so anything you can do to lift people up who are struggling is certainly worth the effort.”

At the Bridging the Color Divide Committee’s Celebration of Black History Month last Saturday, February 24, Father Walsh presented the group with a $1,000 check to aide in this once in a lifetime opportunity. The donation is significant because 89% of the high performing students at Jones are on free or reduced lunch and up to 5% are homeless. Despite those challenges, they boast a 95% graduation rate. To fund a trip such as this can be a monumental task as the group must raise $200,000 ($2,000 per student with chaperones) to make the trip a reality.

Only the best high schools in the nation are invited to perform on the famous Ronald O. Perelman Stage. The high school was one of only 9 invited and the only school whose choir and band were selected. Jones High School Master Singers is the featured choir at the event and will take the stage alone—a high honor.

Jamaal Nicholas, the director of bands at JHS believes this trip will have a great impact on his students. “It is critical for my students to have this experience so that, first, they can benefit from their hard work, dedication, and sacrifice. Second, my students need to know that they do not have to be middle-aged to be successful. If they take their craft seriously, whatever it may be, they can be successful in all of their endeavors right now. They are already playing Carnegie Hall, who knows what may happen next?”

By Glenda Meekins of the Florida Catholic – March 6, 2018