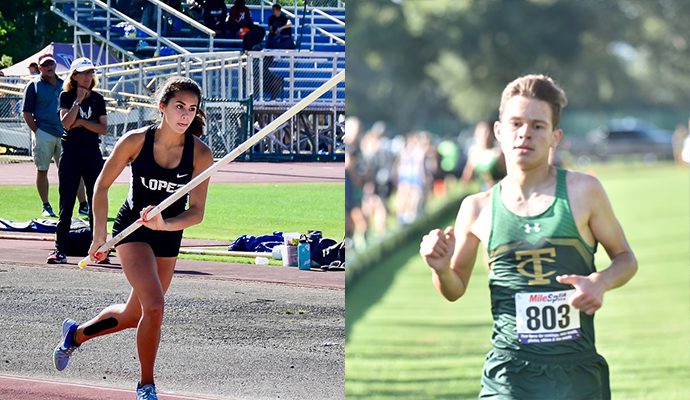 ORLANDO | Two Diocese of Orlando Catholic school students have been appointed to the Florida High School Athletic Association (FHSAA) Advisory Committee for 2019-2020. Flynn B., a junior three-sport athlete at Father Lopez High School in Daytona Beach and Drew P., a tenth-grader at Trinity Catholic in Ocala, also a multi-sport athlete.

The FHSAA states its goal is “to promote the advancement of sportsmanship and integrity by fostering an ethical, safe, competitive environment on and off the field.” President of Trinity Catholic, Lou Pereira said, “Catholic school representation on this committee is important because it gives us a voice with regard to expressing our values on matters that are important to us.”

Scott Drabczyk, assistant principal for athletics at Father Lopez agrees. “Having Flynn as part of the FHSAA Advisory Committee is a great opportunity for one of our best students to shine on an extremely impactful state-wide stage. Flynn will have the opportunity to give valuable insight and feedback to the state athletic association that will help drive policy change within the organization. She will also be able to give outstanding perspective to other committees which help make up the governing structure of the FHSAA.”

As for Flynn, she says she hopes to help student-athletes make connections with each other through their common love of sport. Drabczyk says this should not be an issue for Flynn. “She holds high standards for herself and her fellow teammates, and she leads with a strong sense of purpose and thoughtfulness. Her kindness and grace is evident in her approach to helping others…” He adds, “Flynn has a mature and strong leadership style which will be significant in helping represent fellow Catholic schools across the state in such an important role.”

As a rising sophomore at Trinity Catholic, Drew is a basketball player as well as a cross country and track and field runner. He participates in the Academic Club and volunteers in his free time. Drew’s goal is to remind student-athletes that it’s important to balance sports with academics and personal time and to always set goals for themselves.

“I thought it would be an interesting opportunity to see what goes into the athletic competitions I have enjoyed participating in,” says Drew. “I also wanted to help educate other student-athletes about the importance of a balanced lifestyle.” The subject is an important one as demands on students are ever increasing. “I hope to display empathy toward those who have not been given the same opportunities as I have, to be educated about the importance of being fully invested as a student and an athlete.”

Trinity Athletic Director Tommy Bond noted, “Drew is a great selection for the committee because he is an upfront and honest person who excels both academically and athletically. The perspective that he brings from participation in three different sports makes him a valuable addition to the committee.”

Both schools have had students participate on the advisory committee before, bringing experience to the table. As the school year moves forward, Catholic schools are well represented.