The Holy Family, an Icon of the Domestic Church

Prayer in the Holy Family of Nazareth was the theme of Pope Benedict XVI’s catechesis during a general audience. 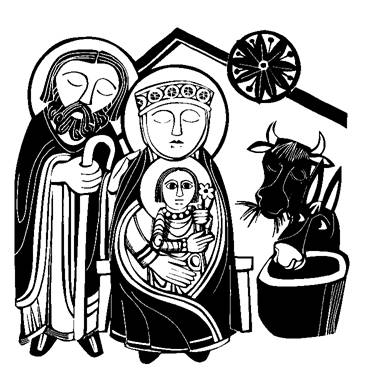 Prayer in the Holy Family of Nazareth was the theme of Pope Benedict XVI’s catechesis during a general audience.

“The house of Nazareth”, the Pope explained, “is a school of prayer where we learn to listen, to meditate, to penetrate the deepest meaning of the manifestation of the Son of God, drawing our example from Mary, Joseph and Jesus”.

“Mary is the peerless model for the contemplation of Christ”, he said. She “lived with her eyes on Christ and treasured His every word. … Luke the Evangelist makes Mary’s heart known to us, her faith, her hope, her obedience, her interior life and prayer, her free adherence to Christ. All of these came from the gift of the Holy Spirit, which descended upon her just as it descended upon the Apostles according to Christ’s promise. This image of Mary makes her a model for all believers”.

Mary’s capacity to live by the gaze of God is “contagious”, the Holy Father went on. “The first to experience this was St. Joseph. … With Mary, and later with Jesus, he began a new rapport with God, he began to accept Him into his life, to enter into His plan of salvation, to do His will”.

Although the Gospel has not preserved any of Joseph’s words, “his is a silent but faithful presence, constant and active. … Joseph fulfilled his paternal role in all aspects”. In this context, the Pope explained how Joseph had educated Jesus to pray, taking Him to the synagogue on Saturdays and guiding domestic prayer in the morning and evening. “Thus, in the rhythm of the days spent in Nazareth, between Joseph’s humble dwelling and his workshop, Jesus learned to alternate pray and work, also offering up to God the fatigue by which they earned the bread the family needed”.

Pope Benedict XVI then turned his attention to the pilgrimage of Mary, Joseph and Jesus to the Temple in Jerusalem, as narrated in the Gospel of St. Luke. “The Jewish family, like the Christian family, prays in the intimacy of the home, but it also prays together in the community recognizing itself as part of the pilgrim People of God”, he said.

Jesus’ first words – “Why were you searching for me? Did you not know that I must be in my Father’s house” – pronounced when Mary and Joseph found Him sitting among the teachers in the Temple, are a key to understanding Christian prayer. “From that moment, the life of the Holy Family became even richer in prayer, because the profound significance of the relationship with God the Father began to spread from the Heart of the boy (then adolescent, then young man) Jesus to the hearts of Mary and Joseph. The Family of Nazareth was the first model of the Church in which, in the presence of Jesus and thanks to His mediation, a filial rapport with God came to transform even interpersonal relations”.

“The Holy Family”, Pope Benedict XVI concluded, “is an icon of the domestic Church, which is called to pray together. The family is the first school of prayer where, from their infancy, children learn to perceive God thanks to the teaching and example of their parents. An authentically Christian education cannot neglect the experience of prayer. If we do not learn to pray in the family, it will be difficult to fill this gap later. I would, then, like to invite people to rediscover the beauty of praying together as a family, following the school of the Holy Family of Nazareth”.