The Splendor of our Faith The Sacred Liturgy: Part I 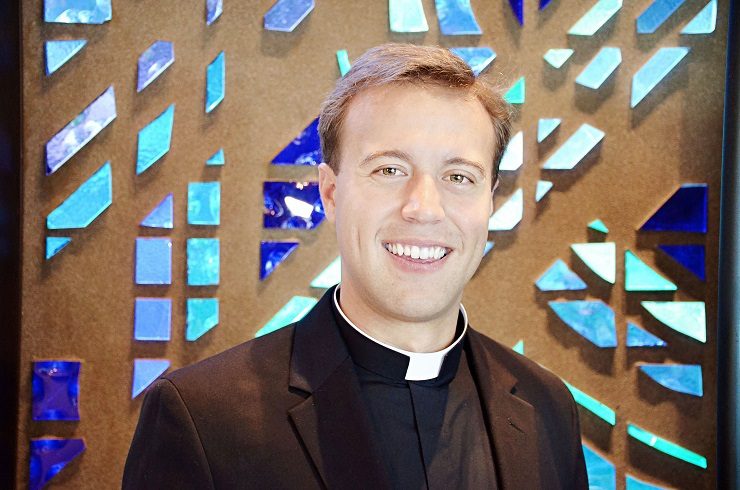 Nowadays, in a society overcome by activism and busyness, there is a temptation, even among some within the Church, to over-emphasize social justice and pastoral ministry at the cost of liturgy, prayer and contemplation. Vatican II makes one point perfectly clear: adoring and glorifying God comes before all else. If the Church cannot celebrate the liturgy faithfully and reverently, then all of her other tasks will fall short. Vatican II stresses the sacred liturgy, specifically the celebration of the Holy Mass, as the top priority and duty of Catholics. For this reason, our next several articles will focus on the sacred liturgy and why the Church has always understood it to be her most important task and the central event of her life.

Among the array of issues surrounding the Church in the 20th century, the Second Vatican Council decided to publish its first document on the Sacred liturgy, Sacrosanctum Concilium, the Constitution on the Sacred Liturgy. This is no coincidence nor is it accidental as it is from the liturgy that all other actions flow. St. Benedict keenly summarizes the point when he asserts: “Operi Dei nihil praeponatur” -“Nothing is to be preferred to the Work of God”.[1] It is interesting to note that when St. Benedict refers to the “Work of God”, he is not talking about writing, preaching or social justice. In the strictest sense, God’s work is the sacred liturgy. This is what all the ancient and medieval theologians understood to be the Church’s primary function.

What is the Liturgy? For most, it is defined merely as the rituals and traditional practices we utilize for the sake of worship. Yet, this definition is too narrow and in fact reduces the liturgy to its lowest common denominator. This is not to say that the rubrics and guidelines of liturgical practice are unimportant or passé. On the contrary, these practices are vital to fostering a real encounter with the living God and thus demand our utmost obedience. Yet, they are not an end unto themselves; they flow from a deeper reality. This is why the Council describes it as the “source and summit” of the life of the Church. In other words, not just one activity among many, rather “a sacred action surpassing all others. No other action of the Church can equal its efficacy by the same title and to the same degree.” The Code of Canon Law echoes these sentiments referring to the sacred liturgy (i.e. the sacraments) as the premier task of pastors for the salvation of souls as well as one of the principle ends of the Church’s finances (Can. 528.2 & 1254.2). This is a vital point.

The word “liturgy” comes from the Greek leitourgein meaning “an act of/on behalf of the community”. Generally, it refers to any action performed for the general welfare of the populace.[2] For example, collecting taxes was a leitourgéo, a function discharged for the sake of the common good. Leitourgein, therefore, is any activity by which the laós (the “people/nation”) is preserved.[3] Religious rituals were naturally counted as the highest form of leitourgein. It was the way in which the community encountered divinity.

Liturgy is “an act of the community”. But what community? It cannot simply be the community of humanity, or our local parish and diocese. If that was the case, then Christianity would be no different from any other religion, guided by the mere desires of a local group of people. No…the Christian liturgy is not a creation of the human mind nor is it bound to a specific community’s preferences. It is sourced in something more. So, we must ask ourselves: To what “community” does the Christian liturgy refer?

In the Gospel of John, the Apostle Phillip asks Jesus to “show him the Father.” Jesus’ response is stunning to say the least: “Whoever has seen me has seen the Father” (Jn 14:9). This is a radical assertion, not only because Jesus is claiming to be God, but also because He is claiming that God does not exist alone in His divinity. In these words, Christ is opening the door to the most intimate mystery of God’s heart: the Blessed Trinity.

At the core of Catholic teaching is the belief that there is One God in Three persons: Father, Son and Holy Spirit. God Himself exists as three distinct individuals so completely and lovingly surrendered to one another that they are inseparable in essence. In other words, God exists as a community. The revelation of this divine community and the incorporation of creation into this community’s love is the mission of Jesus. For this reason God becomes a man, to draw all things “both in the heavens and on the earth” into Himself for sake of reconciling them to the Father (cf. 2 Cor.5:18-20, Col. 1:20-21). This reconciliation is accomplished by His Passion, Death, Resurrection and Ascension.

The definition of the liturgy, therefore, is much bigger than most of us realize. Before all else, it is an act of the Divine Community of God, the eternal exchange of love between the Father, Son and Holy Spirit that has been opened up for us through the pierced heart of Jesus on the Cross. By merit of Christ being both body and soul, the liturgy is also our ability to actively participate in the love of God through the sacramental life of the Church. As such, the liturgy should never be subject to our personal predilections, but must always reflect the deeper realities God created it to convey.

In our next article, we will discuss more thoroughly how the sacraments of the Church, especially the Eucharist, open us to participate in the liturgical life of the Trinity.