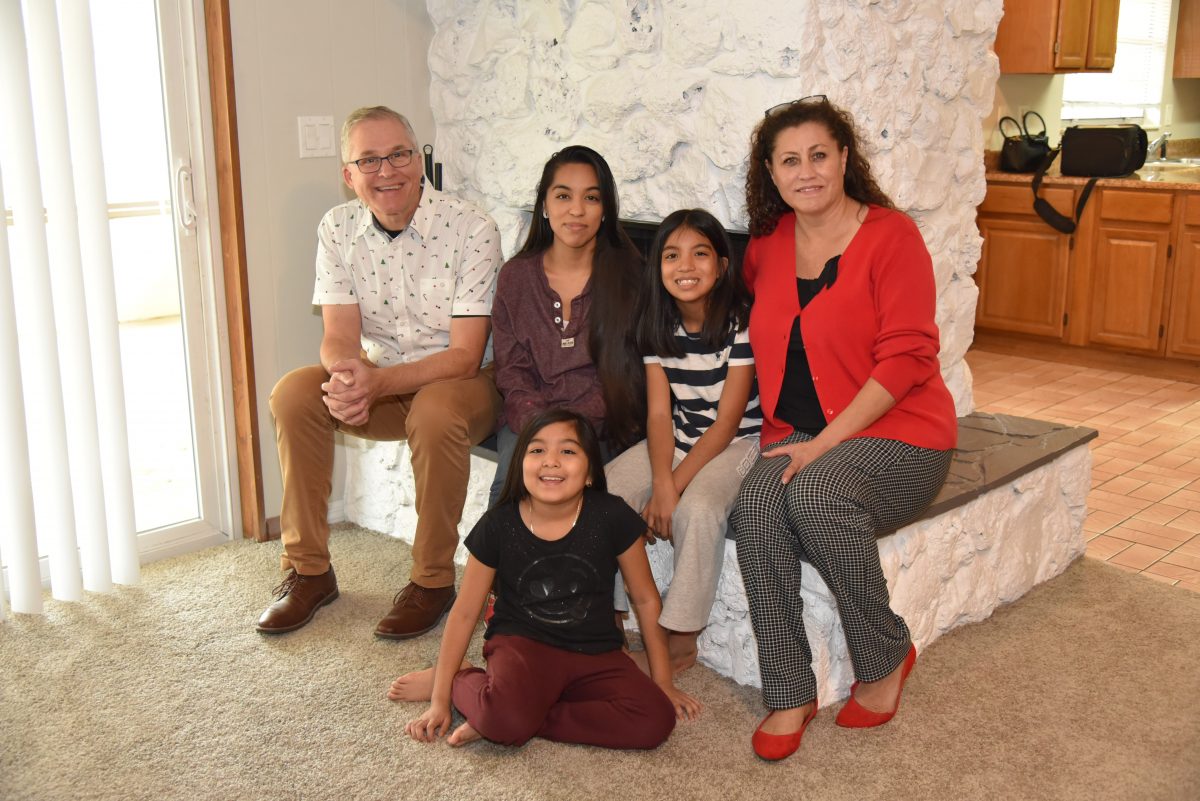 Editor’s note: The full name of the family profiled in this story is not used to respect their privacy.

But four years ago she found the courage to leave. Her daughters were just 4 and 5 at the time. On Dec. 20, she received a surprise that was a long time coming — keys to her new home thanks to Catholic Charities of Central Florida.

Now ages 8 and 9, the girls approached their new house with excitement, running up the sidewalk in anticipation. As the trio made their way to the front door, their faces transformed into giant smiles of astonishment. Laughter mixed with shrieks of shock filled the air. The last thing they expected was that it would also be furnished. 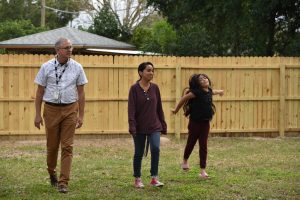 Jess first reached out to Catholic Charities several months ago. At first, she had moved to her mother’s home. She then went to live in her sister’s apartment, where she and her daughters shared one bedroom for the past year and a half. She moved to Orlando to fulfill her dream of going to college, but the strains of commuting to and from Cocoa Beach while working made her put school on hold once again. She then focused on saving money so she and her children could have a place of their own, “a sanctuary” as she put it. It had been years since the family had their own space.

When staffers at Catholic Charities first met Jess, she was anxious. Jess recalled those days with the Florida Catholic. As she did, she began to cry. “I was numb for a really long time,” she said. “I finally decided to leave because I was tired of being unhappy and I wanted a different life for my kids.”

The young mother hoped for help with an apartment. Maybe her veterinary technician job would provide enough for a small place. She was used to sacrifice and living conservatively. She went through the affordable housing application process and hoped to move in early 2020.

Then she got the call five days before Christmas. 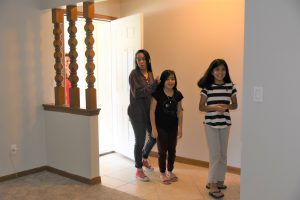 Thanks to a partnership with the City of Orlando, the Department of Housing and Urban Development, the Society of St. Vincent de Paul, SHIP (a federally funded program to help with housing rent and renovation), and the Catholic Foundation of Central Florida, Catholic Charities of Central Florida purchased seven homes in the Orlando, Rosemont and Pine Hills area, according to Gary Tester, president of Catholic Charities.

Tester explained the houses had sat empty, so the City of Orlando deeded them to the Catholic agency. Those in need register through the city, which then links them to Catholic Charities. Through Resurrection Property Management Services, a Catholic Charities company, potential tenants are vetted and Catholic Charities becomes their landlord. They are now working to acquire other homes in neighboring municipalities.

“Our ministry is to provide affordable housing so it’s a great deal for us … This is a huge running start,” Tester said. “We believe in the dignity of each human life and this is a family that deserves to be loved. Our opportunity to give them this home and get them settled before Christmas is a beautiful gift.”

Of the seven homes recently deeded to Catholic Charities, Jess’ house was the first to be completed. 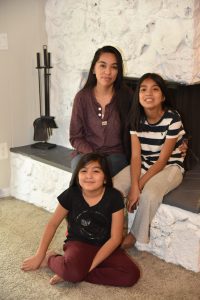 As the girls went from room to room, squealing with delight and checking every nook and cranny, Adriana Valencia, Catholic Charities property management services director, grinned. She and her crew had shopped, picked up the furniture, set it up and cleaned the house in expectation that the application would be approved.

“There is no better gift for the holidays than to bestow on another family their own home. It’s just a great privilege. I’m a little overwhelmed sometimes to be able to be a part of this,” Valencia said. “I was thinking about the situation she was in and where she was. Then seeing her daughters on the carpet, spreading their arms and making carpet angels — they didn’t have room, so for them to sit down and take all this in is unexplainable. I can tell by their actions, the children feel free. They have room to stretch and we are happy to provide it to them.”

Meanwhile, Jess kept hugging her daughters. “I picture my future being a lot brighter, happier, a lot more stress just gone. I know that, for my daughters, this will definitely make them a lot happier. Seeing their smiling little faces will make me 1,000 times happier. Catholic Charities has given me everything—everything I could have hoped for.”

By Glenda Meekins of the Florida Catholic January 08, 2020