The Holiest Days of the Catholic Church are approaching and the Diocese of Orlando announces various noteworthy events that touch upon the lives of thousands of faith-filled Catholics throughout the nine counties of Central Florida. 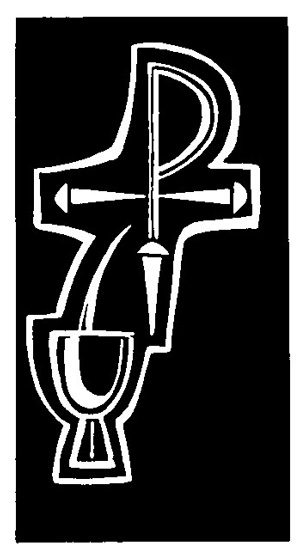 The Holiest Days of the Catholic Church are approaching and the Diocese of Orlando announces various noteworthy events that touch upon the lives of thousands of faith-filled Catholics throughout the nine counties of Central Florida.

RECONCILIATION WEEKEND
April 8 and 9, 2011
Lent for Catholics is a time of prayer, penance and almsgiving. In order to provide additional opportunities for Catholics to receive the Sacrament of Penance that restores us to God’s grace and joins us with him in an intimate friendship, the Diocese of Orlando presents Reconciliation Weekend April 8-9, 2011. This opportunity is for all Catholics, including those who have been away from the confessional for many years. Catholics are invited to journey back to God by visiting one of 15 parishes in the Diocese that will offer the Sacrament of Penance on April 8 and 9 during extended hours.

PALM SUNDAY and NEW CHURCH CELEBRATION
April 17, 2011
Palm Sunday is the day palms or other branches are blessed and distributed during Lent. The blessed palms are carried in procession to commemorate the triumphant entrance of Jesus into Jerusalem shortly before he died. This year, parishioners of Most Precious Blood Catholic Church in Oviedo will be celebrating Palm Sunday in their newly built church. The parish was established in 2005 and for six years has been meeting for the celebration of Mass at a local public school.

On Friday, April 15 at 5:30 p.m. parishioners will gather at Lawton Chiles Middle School for their last Mass at that location. Then they will process 2.5 miles to their new spiritual home located at 113 Lockwood Boulevard, Oviedo.  Their first Mass in the new church will be celebrated on the vigil of Palm Sunday, April 16 at 5:00 p.m.  Parishioners will have great cause for celebration on Palm Sunday April 17 as they celebrate the sacred Mass in their new space.

CHRISM MASS and CELEBRATION OF PRIESTHOOD
April 20, 2011
Fourteen priests of the Diocese of Orlando celebrating 50th and 25th jubilee years will be honored at the Chrism Mass on Wednesday, April 20, at 6:00 p.m. St. James Cathedral, with Bishop John Noonan as the principal celebrant.  During the Mass, all priests of the diocese renew their commitment to priestly service. Chrism is aromatic oil that is consecrated by the bishop and distributed to Churches for use in confirmation. Pastors carry the chrism and other blessed oils back to their parishes where they will be part of celebrations for the coming year, beginning with the Easter Vigil Mass when the catechumens receive the sacraments of baptism, confirmation and Eucharist, and are initiated into the Catholic Church.

This is the first time the Chrism Mass will be celebrated at the Cathedral since its renovation and expansion in 2010.  St. James Cathedral is where many priests in our diocese are ordained and so it is fitting that in this sacred space, they return to renew their commitments.

GOOD FRIDAY
April 22, 2011
Good Friday is the day Catholics recall that Jesus Christ suffered and died for the salvation of humanity. Bishop John Noonan will join Catholics from throughout the Diocese to observe Good Friday by praying the Stations of the Cross at Lake Eola in downtown Orlando on April 22 at 10:00 a.m. This will be the first time Catholics will gather with Bishop Noonan at Lake Eola for Stations of the Cross and they will be joined by Bishop Louis Campese from the Cathedral of the Incarnation, an Anglican Tradition Church located in Orlando.

The devotion known as “the way” or Stations of the Cross has its origins in the early Christian pilgrims to Jerusalem who walked the Via Dolorosa just as Jesus walked on his way to being crucified. In the 12th and 13th centuries, when pilgrims made their way back to their homes in Europe, the desire to walk the Way of the Cross led them to build “stations” around their city’s cathedral or their own parish church and meditate on Christ’s passion and death.

EASTER
April 23 and 24, 2011
Easter is the day Christians around the world commemorate the Resurrection of Jesus Christ from the dead. It is considered the greatest of all Christian holy days. The Easter Vigil on Saturday, April 23, is also the day the Catholic Church welcomes its newest members, through the sacraments of baptism, confirmation and Eucharist.  At the Easter Vigil, 515 catechumens are to be initiated into the Catholic Church in the Diocese of Orlando.

During the Easter Vigil, the Church keeps watch, celebrating the Resurrection of Christ in the sacraments and awaiting His return in glory. The Easter Vigil includes the Service of Light, where a fire is prepared outside the church so that people may gather around it and experience the flames dispelling the darkness and lighting up the night. The large Paschal Candle is lit and it reminds Catholics that the Paschal Candle is the symbol of the “light of Christ, rising in glory,” scattering the “darkness of our hearts and minds”. Liturgically, the celebration of Christ’s Resurrection continues for a period of 40 days, that is Easter Sunday to the feast of Pentecost.

DIVINE MERCY SUNDAY and BEATIFICATION OF POPE JOHN PAUL II
May 1, 2011
On May 1, the second Sunday of Easter and Divine Mercy Sunday, Pope Benedict XVI will preside at the rite of beatification of Pope John Paul II in the Vatican.  A beatification is a declaration by a pope that a deceased person lived a holy life and is now in heaven.  This act usually follows upon a process by which the life, virtue and reputation for holiness of the person are intensely scrutinized by the Congregation for the Causes of Saints in Rome. Those who are beatified are called “Blessed.”
This past January, the Congregation for the Causes of Saints expressed their unanimous approval, believing the recovery of Sr. Marie Simon Pierre from Parkinson’s Disease to be miraculous, having been achieved by God in a scientifically inexplicable manner following the intercession of the Supreme Pontiff John Paul II, trustingly invoked both by Sr. Simon herself and by many other faithful.

Karol Wojtyla was elected pope on October 16, 1978, becoming the Catholic Church’s first non-Italian pontiff in over 450 years. He took the name John Paul II as a nod to his predecessor, John Paul I, whose term lasted only one month. John Paul II became known particularly for his globetrotting ways; as pope he visited more than 100 countries worldwide. He was also known as a champion of human rights.

A special devotion to the Divine Mercy of Jesus Christ is observed by Catholics on the second Sunday of Easter or Divine Mercy Sunday as it is called.  The devotion is based on the writings of Sr. Faustina Kowalska who was canonized a saint on April 30, 2000 by Pope John Paul II. Her writings concentrate on the mercy poured forth in Christ’s death and resurrection, fount of the Holy Spirit who forgives sins and restores joy at having been redeemed.