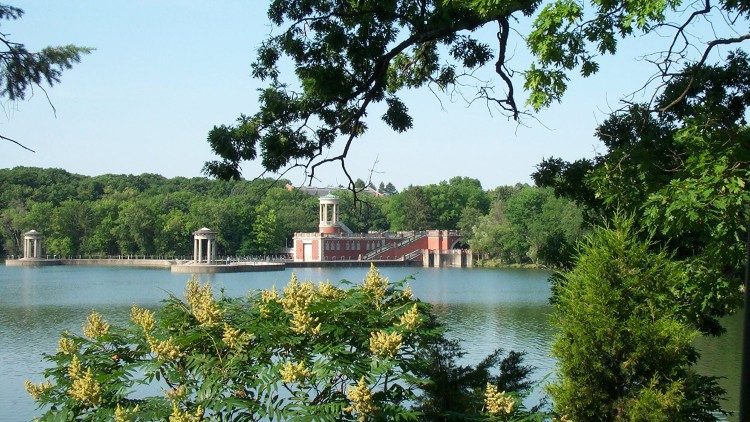 At the request of Pope Francis, on Wednesday, January 2, 2019, the US Bishops began a week-long retreat, under the direction of the Preacher to the Papal Household, at Chicago’s Mundelein Seminary.

“He appointed Twelve, to be with Him and to Send Out to Preach” is the theme. Preacher to the Papal Household, Capuchin Father Raniero Cantalamessa, is leading it. Pope Francis proposed the retreat to USCCB President, Cardinal Daniel DiNardo, during a visit to Rome in October.

In the October statement announcing the retreat, Cardinal DiNardo expressed gratitude to Pope Francis for allowing Fr Cantalamessa to preach during the retreat. A December statementsays that Cardinal DiNardo is also grateful to the Pope for the invitation to “step back and enter into this focused time of listening to God as we respond to the intense matters before us”.

Purpose of the retreat

Catholic News Service quotes Fr Cantalamessa in December as saying that Pope Francis asked him to lead the spiritual exercises for the US Bishops. He explains that these days will allow the Bishops to reflect, “far from their daily commitments, in a climate of prayer and silence and in a personal encounter with the Lord”. In this way, Fr Cantalamessa continues, the Bishops “can receive the strength and light of the Holy Spirit to find the right solutions for the problems that afflict the U.S. church today”.

Cardinal DiNardo also asked for prayers for the bishops as they “seek wisdom and guidance from the Holy Spirit” and for “survivors of sexual abuse”. For the former, that they might receive strength from the sufferings of the latter “for the hard task of rooting out a terrible evil from our Church and our society”.

Structure of the day

In addition to receiving the insight of Fr Cantalamessa, the Bishops’ days during this week of retreat will contain moments for silent reflection and meditation, daily Mass, personal prayer and prayer together before the Blessed Sacrament, and confession.

The retreat is taking place on the grounds of the University of St Mary of the Lake in Mundelein Seminary north of Chicago. Mundelein Seminary is the largest US seminary. Currently there are about 200 seminarians studying for about 40 dioceses both in the US and abroad.