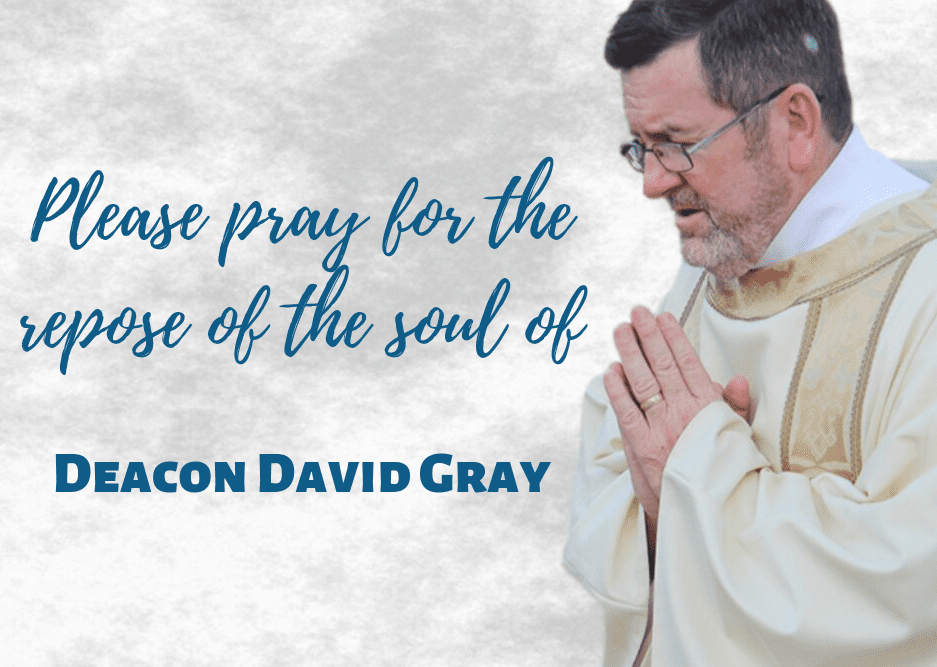 Deacon David (Dave) Gray was born on October 2, 1953. The love of his Catholic faith inspired him to become an altar server as a youth and called him to become a deacon in later life. In 1972, he met his future wife, Christeen. He knew from the moment he met her she would be his lifelong companion. After Deacon Dave and Chris married, he joined the Air Force and served for 20 years before retiring as a Major and relocating to Florida. During military service, Deacon Dave and his family had many opportunities to meet other Catholics and to grow in their faith.

After moving to Florida, the family became members of Resurrection Parish in Winter Garden. Deacon Dave was ordained to the Permanent Diaconate on June 11, 2005 and served at St. James Cathedral since 2009. During his time at the Chancery, he was the Director of the Permanent Diaconate and then Secretary for Leadership and Parish Life. He helped form many of the great deacons currently serving within our Diocese.

There are many ministries that were very important to Deacon Dave. Among them are ministry to the elderly, hospital ministry, ministry to the incarcerated, and the fight against human trafficking. He loved speaking and praying with people of all ages. He never wanted anyone to feel unloved.

Deacon Dave will be sorely missed. Yet his laughter, love of faith, love for life, and his willingness to help anyone in need will continue to echo in the hearts and minds of all who knew and loved him.

Eternal rest grant unto him, O Lord, and let perpetual light shine upon him.
May the souls of all the faithful departed, through the mercy of God, rest in peace.

In lieu of flowers, the Gray family asks that donations be made to Catholic Charities of Central Florida.