Who Is Pope Francis? 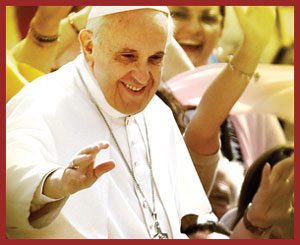 Since stepping onto the world stage, Pope Francis has fascinated Catholics and non-Catholics alike, as evidenced by his recent selection as “Man of the Year” by Time Magazine. 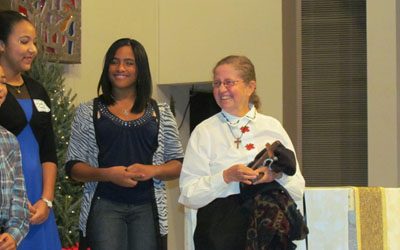 Since stepping onto the world stage, Pope Francis has fascinated Catholics and non-Catholics alike, as evidenced by his recent selection as “Man of the Year” by Time Magazine. But how much do you really know about the man who became Pope? What do his close friends, fellow priests, co-workers, his biographer, and the poor of Buenos Aires have to say about the first pope from the Americas?

Find out when EWTN airs “Francis: The Pope From the New World” at 9:30 p.m. ET, Wednesday, Jan. 15; 10 a.m. ET, Thursday, Jan. 16, and 6 p.m. ET, Saturday, Jan. 18. Much of the footage from this hour-long documentary, which traces the remarkable rise of this humble priest, was shot on location in Argentina. The first airing of the documentary will be preceded at 8 p.m. ET by a special “EWTN Live,” featuring Executive Producers Andrew T. Walther and Alejandro Bermudez.

“This documentary arrives as the world realizes that a very special man has assumed the leadership of the Catholic Church, and this begins — but does not end — with his gestures of humility and care for everyone,” said Supreme Knight Carl Anderson of the Knights of Columbus, one of the documentary’s executive producers. “Still, what remain largely unknown to the public are many details of Pope Francis’ life, the work he has done and the ways in which he has defended the voiceless and Catholic principles. This documentary delves into those stories.”

The program begins with the electrifying moment when the new pope stands before the crowd in St. Peter’s Square on March 13, the day of his election. It then takes viewers through both the ordinary and climactic events of his life, from family dynamics, to his call to the priesthood, to his support for the San Lorenzo soccer team, to his care for those in the slums of Buenos Aires.
It traces his work for those threatened in Argentina’s Dirty War that coincided with Fr. Bergoglio’s time as Jesuit provincial, his advocacy for those affected by economic and political turmoil, and the opposition he sometimes encountered from Argentina’s political elites.

You will not want to miss of a moment of this film, which is as engaging as its protagonist!

EWTN Global Catholic Network, in its 33rd year, is available in over 225 million television households in more than 140 countries and territories. With its direct broadcast satellite television and radio services, AM & FM radio networks, worldwide short-wave radio station, Internet website www.ewtn.com, electronic and print news services, and publishing arm, EWTN is the largest religious media network in the world.