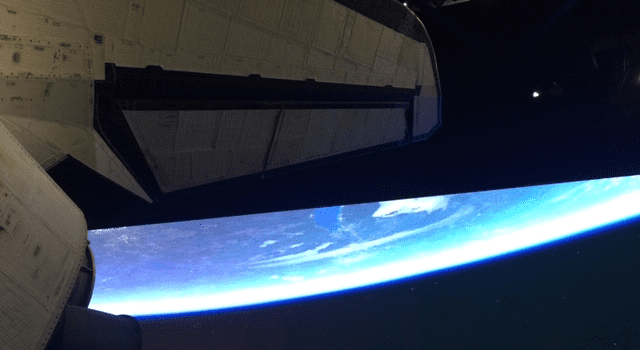 Science and faith are often clashing topics, but they don’t have to be. Using the knowledge and wisdom from our Catholic faith and information we have gathered through science, humans have come closer and closer in the understanding of our universe and of the power of God.

On February 21, 2020, the 8th grade students of St. Mary Magdalen Catholic School in Altamonte Springs, visited the Kennedy Space Center in Cape Canaveral, FL. It was a day to learn and think about the universe, from a scientific view as well as a Catholic one.

On this field trip, the students learned about the Saturn V rocket, which was the largest rocket ever flown into space; the Atlantis space shuttle, which was the first reusable shuttle sent into orbit; and how the Apollo 8 was launched with a presentation inside the control room that made it happen.

Along with the educational presentations, students experienced a real shuttle launch simulation, interact with the Mars Rover Vehicle Navigator, and walk inside the Heroes and Legends exhibit. These gave the students more information on the space program and gave them a new perspective on life as an astronaut for the National Aeronautics and Space Administration (NASA). Alongside the heroes of space, we can add the heroes of faith who study the sciences.

Going to the Kennedy Space Center taught students about space engineering and what it takes to work at NASA. They also learned about the marvels of the universe. Many aspects of faith and science complement each other well, like how the universe was created.

Scientists believe that the Big Bang created the universe, a theory that all of the current and past matter in the universe came into existence at the same time, roughly 13.8 billion years ago. But as we are taught in the Catechism of the Catholic Church (p. 296), God created the universe at the beginning of time out of nothing. Both these beliefs understand that the universe was created billions of years ago by some force. Although science does not acknowledge God in its studies, our faith tells us that He is the force, the origin, and the source of all creation and that God made the world.