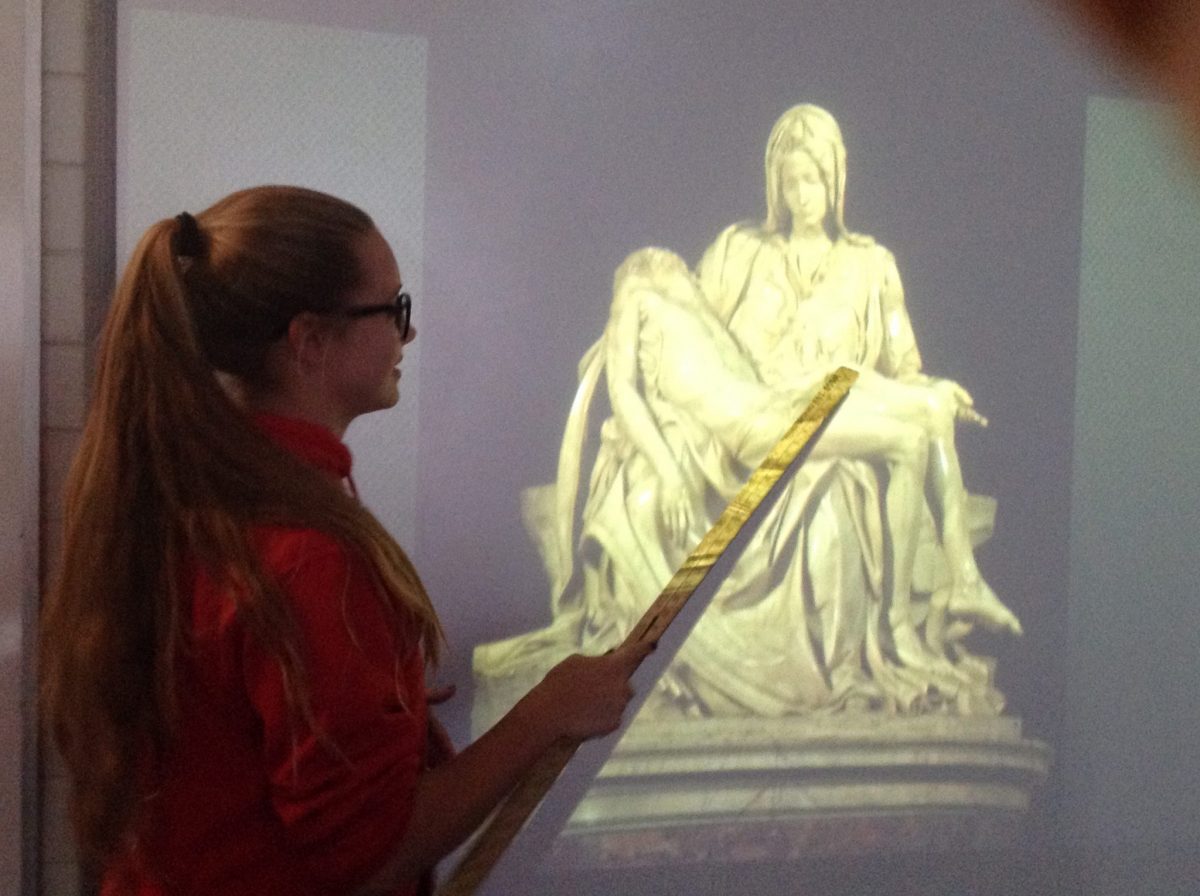 For the past few weeks, the eighth grade class of St. Mary Magdalen Catholic School in Altamonte Springs has been learning about church history in religion . They have learned that in the era of Christendom, Christianity had greatly influenced Europe’s cultural and political institutions. It took place in the High Middle Ages when nearly everyone was Catholic.

During the late Middle Ages, the bubonic plague, or “Black Death,” had caused the people to lose their faith. Priests were too sick to teach the faith and the sacrament of the Holy Eucharist was an extremely rare occasion. However, after a new pope came into place, Catholicism was instilled within the people of Europe once more. This resulted in the beginning of the Renaissance, or “rebirth,” era. The Renaissance period was the rebirth of Greek and Roman cultures, which generated great works of art and architecture.

In religion class the students have recently been studying the works of Michelangelo, one of the greatest artists ever known in history. One of his first and greatest religious pieces was his sculpture, La Pieta. La Pieta is Italian for sorrow. It was named in honor of Our Lady of Sorrows, the Virgin Mary. It depicts the Virgin holding Jesus after his death on the cross. It was the only piece that Michelangelo had ever signed. The artist carved his name on Mary’s sash which is across her bosom. The statue currently stands in St. Peter’s Basilica, in the Vatican City.

Learning of these great works created during the Renaissance brought the students closer to their faith. To see Michelangelo, who was only but a man, express such passion and faith in his art is such a beautiful thing. He was so precise in detail and used his emotions to make his works come alive. We, as Catholics, must learn from these eras of Christendom and Renaissance so that our faith and relationship with God will be fortified. We can start by learning of the exquisite artwork created during the Renaissance era.