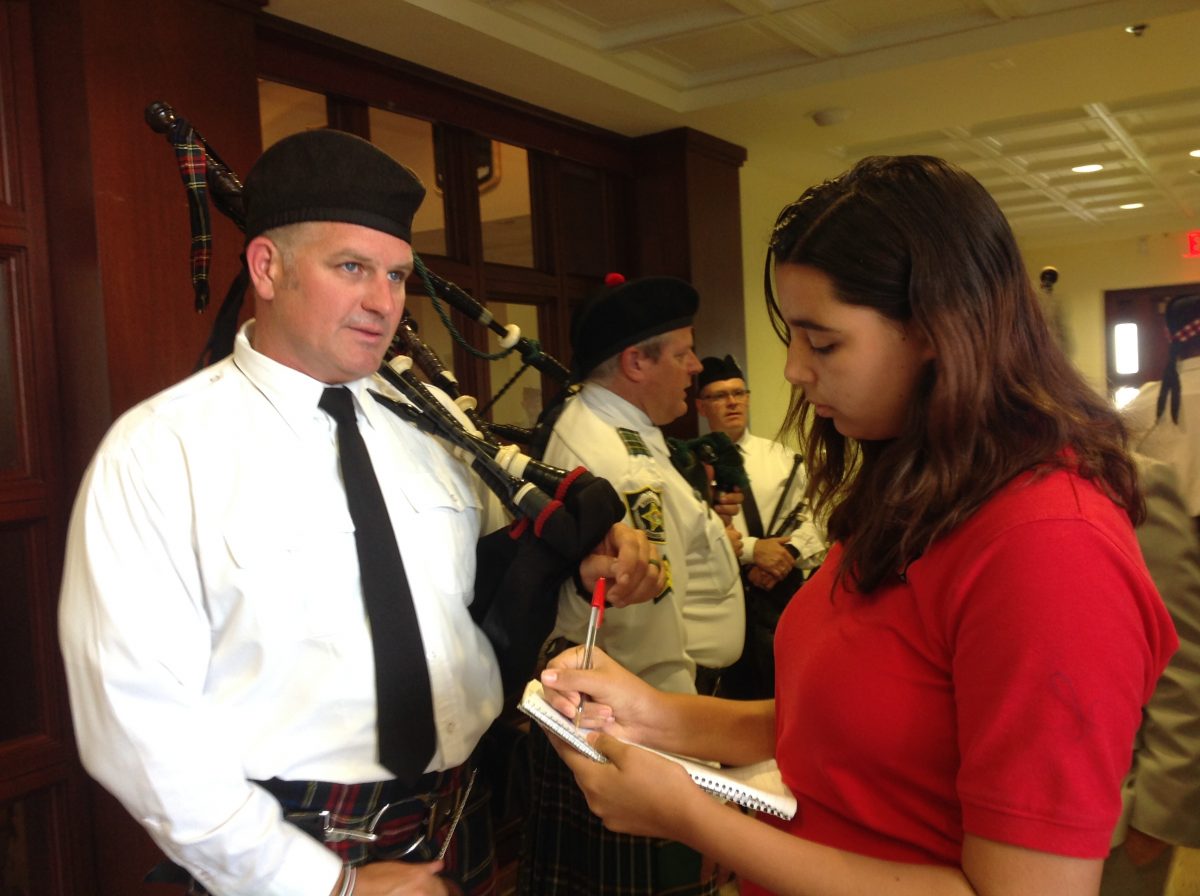 On Friday, September 27, students of St. Mary Magdalen Catholic School in Altamonte Springs joined other schools from across the Diocese of Orlando to attend the Blue Mass at St. James Cathedral in downtown. The Blue Mass is a ceremonial service for first responders like police officers, firefighters, and emergency medical technicians. The Blue Mass welcomes all first responders to attend, even if they are not Catholic or Christian, showing how we should be inviting to all who want to celebrate in God’s love and grace.

The Mass was celebrated by Bishop John Noonan and began with a procession led by the Orlando Fire Department and the Pipes and Drums of the Orange County Sheriff’s Office. Following was the Honor Guard, a group of representatives from the Orlando Police Department, Orange County Sheriff’s Office, and the Orlando Fire Department. Each carried flags representing their agencies. It was a wonderful service filled with reverence and gratitude toward first responders who put their lives on the line for all every day.

“I am very honored to be here and feel that it is a nice gesture from the diocese to be able to be recognized for this work in our community,” said Mike Stallings, District Chief of the Orlando Fire Department. “Not only I, but the entire fire department are very grateful to be able to be celebrated every year by the diocese and it holds a special place in our hearts.”

When asked how it feels to know that you’re placing your life on the line every day for others, Stallings said, “I am very blessed to do work for the community and care for the citizens of Central Florida. I am alright with sacrificing myself for my fellow men because that means that others’ lives will be saved.” As to his favorite part of the Mass, he added,“Even though I am biased because I am a part of the bagpipes, my favorite part is the entrance of the bagpipes and the drum line. I also enjoy the blessing of the first responders and seeing all the schools that attend.”

The term Blue Mass refers to the blue uniforms policemen wore. Although all first responders were included in the Mass over the years, the name remained. But how does the Blue Mass connect to the feast day of St. Michael the Archangel, since it is always celebrated on that day? The answer is because he is the patron saint of first responders, who watches over firemen and policemen in their work. The Mass celebrates people who constantly sacrifice themselves for the well-being of others. They are an example of what God asks of us—to give up ourselves for others who need help, put others before yourself, and serve your community. 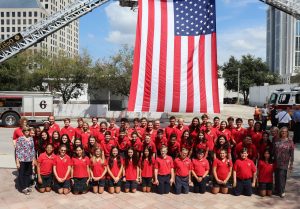 The Blue Mass is a great learning opportunity for all the citizens in the Central Florida area to realize the work first responders do for them and to celebrate the people who put their lives on the line for us every day. We are grateful for the work of our first responders and thank them for their service to our community.