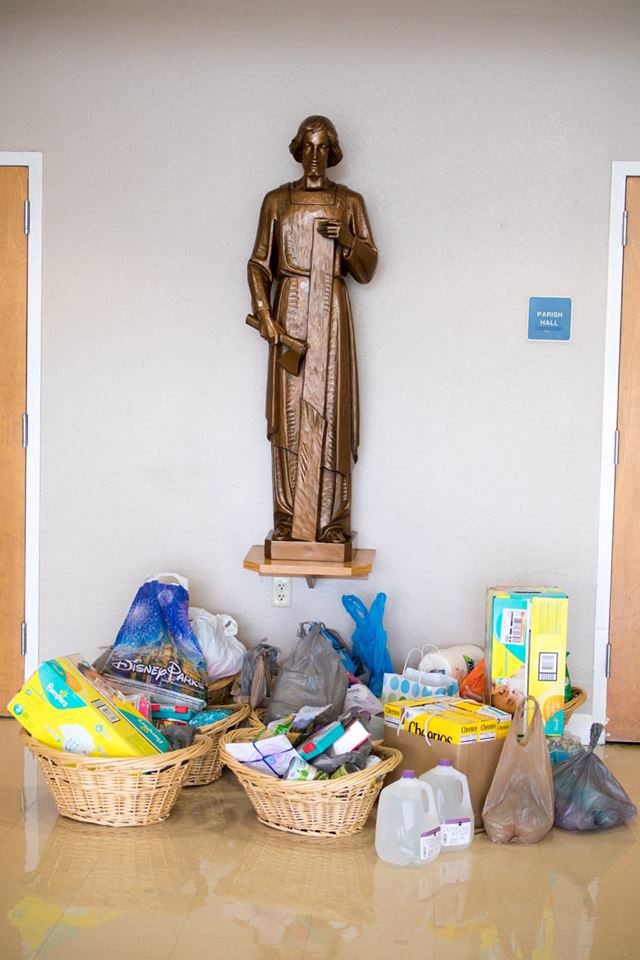 On Friday October 6, 2017, St. Joseph Catholic School in Palm Bay held a collection at Mass for the people of Puerto Rico in need of supplies to recover from Hurricane Maria. The hurricane struck the U.S territory of over 3,000,000 people on September 20, 2017. St. Joseph Catholic School decided to help  as part of this year’s Make a Difference Day project, committing to create an entire month dedicated to helping the citizens of Puerto Rico.

Every day for the first three weeks in October, the school held a No Uniform Today (NUT) day in exchange for a donation of supplies. In addition, teachers made home-baked goods for a bake sale and also held a doughnut sale. Finally, every Friday at Mass, the students collected all the donations and put them into baskets at the altar to be donated to Puerto Rico. Jaiden, a student in 8th grade who attends the school and has family in Puerto Rico is grateful for the effort.

Hurricane Maria caused major damage to the island of Puerto Rico. The Category 5 hurricane made landfall in Puerto Rico, as a direct hit, with winds at about 155 mph causing catastrophic damage. According to Business Insider, an online news site, the damage left roughly 95% of the population without power, 95% without cell service, a shortage on fuel, forty-eight dead with even more missing, as well as over $8 billion in overall damage. Officials are even saying Puerto Rico will not be able to recover fully for months.

This is why St. Joseph Catholic School students tried their very best to help their brothers and sisters in need at their most desperate time. With the combined efforts of students and faculty, other donations around the world, and volunteers, we can all make a difference.