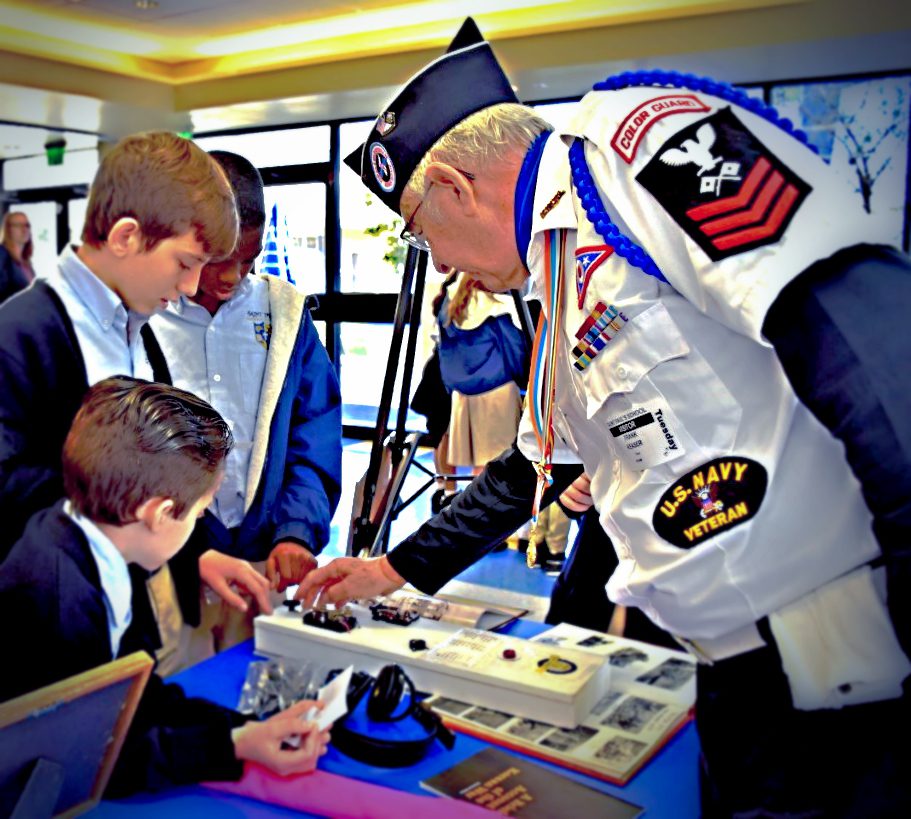 Veterans from the Lake County Korean War Association, Chapter 169 came to speak at St. Paul Catholic School in Leesburg last month. There were four presenters, three of whom served in the war. The fourth presenter was the wife of a soldier who served the United States in World War II, the Korean War, and the Vietnam War.

The veterans spoke to students in grades four through eight, and students were eager to ask the brave veterans about their experiences in Korea. St. Paul students have a close relationship with the Korean War veterans as they visit the school each year. This year, the students were lucky enough to meet a two-star general who used to build bunkers for other generals. What is learned from these veterans is then applied to a research project based on the Korean War.

The veterans have used St. Paul student work in their presentations to other schools. The students always look forward to seeing them again next year.