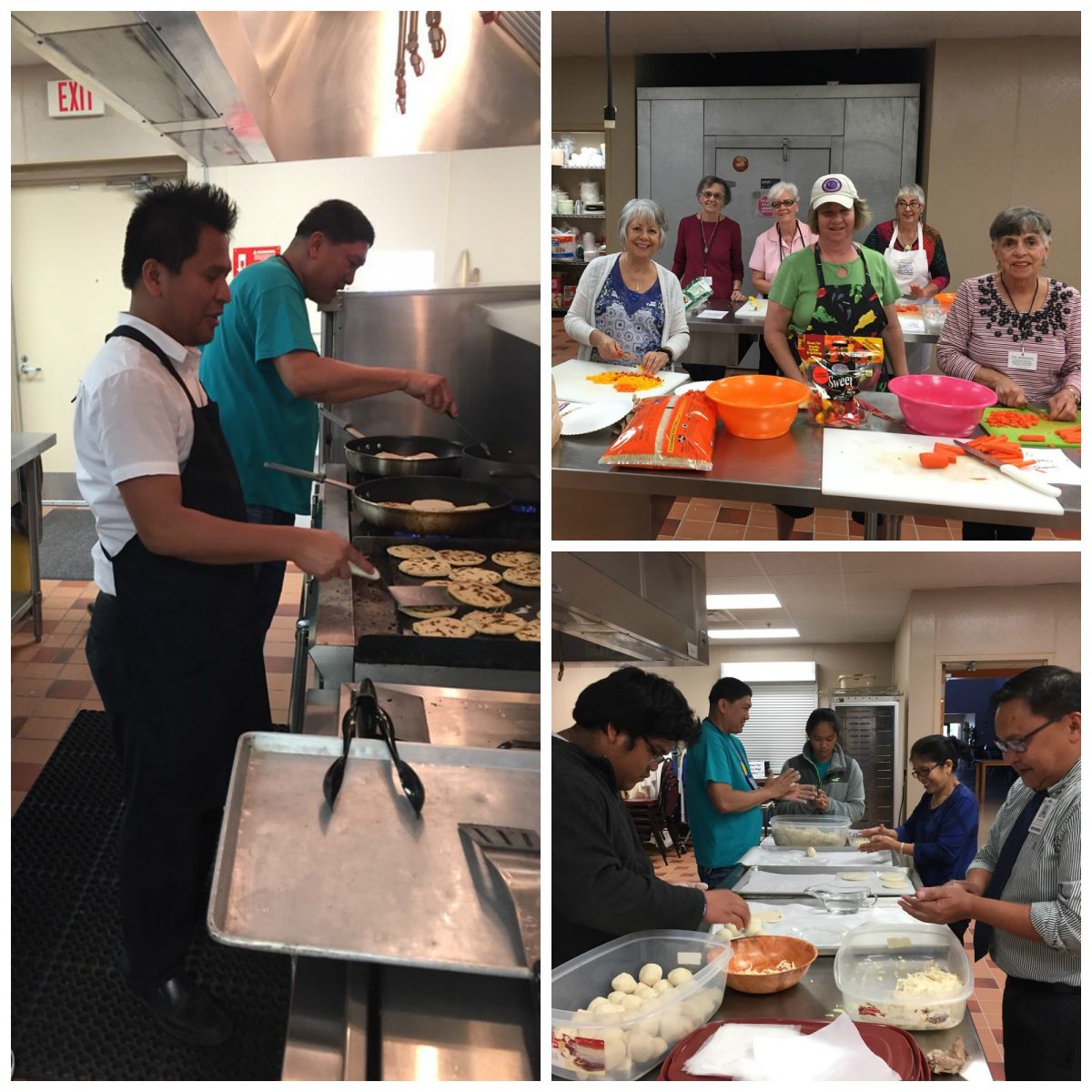 A trip to Papua New Guinea as a missionary early in his priesthood changed Father Nick O’Brien’s life. It is the very reason he chose to stop Friday fish fries during Lent and begin Catholic Relief Services (CRS) Encounter Lent program instead. Parishioners cook meals from different countries each week, featured in the program ranging from Zambia to Mexico. Recipes and a short video are provided.

“While popular Fish Fry Fridays during Lent can be great community builders and a convenient way to abstain from eating meat,” said Father O’Brien “no one ever goes away hungry or aware of hunger and poverty in the world, nor have an appreciation of what the Fridays of Lent were really all about.”

“I wanted to do something more to bring the community together and bring a greater awareness of how we are called as a Church to care for our brothers and sisters throughout the world and locally.”

Father O’Brien explained, “We can be blinded to the poverty throughout the world… How do we expose ourselves to the real needs of the poor? Do we see those in India, Zambia, El Salvador, Mexico, Ethiopia, (countries featured by the program)…. as our brothers and sisters?  It’s easy to keep our eyes closed to them.”

“Encounter Lent” begins after Stations of the Cross with an opening reflection, a shared meal from the featured country with its corresponding video and opportunity for those gathered to discuss how they might serve the poor.

“While I’ve made my trip to Papua New Guinea and the border cities of Mexico and the mountains of Appalachia,” said Father O’Brien. “I had the option to return home to a growing list of conveniences. For those living in bush houses with no electricity, no running water, no grocery stores or medical care, …. they are home,” said Fr. O’Brien.

To share your parish or school news with the Florida Catholic, email news@orlandodiocese.org with the subject, “Around the Diocese”. Types of news could include: outreach projects, expansions, awards, new ministries or programs, special events or other noteworthy activities.