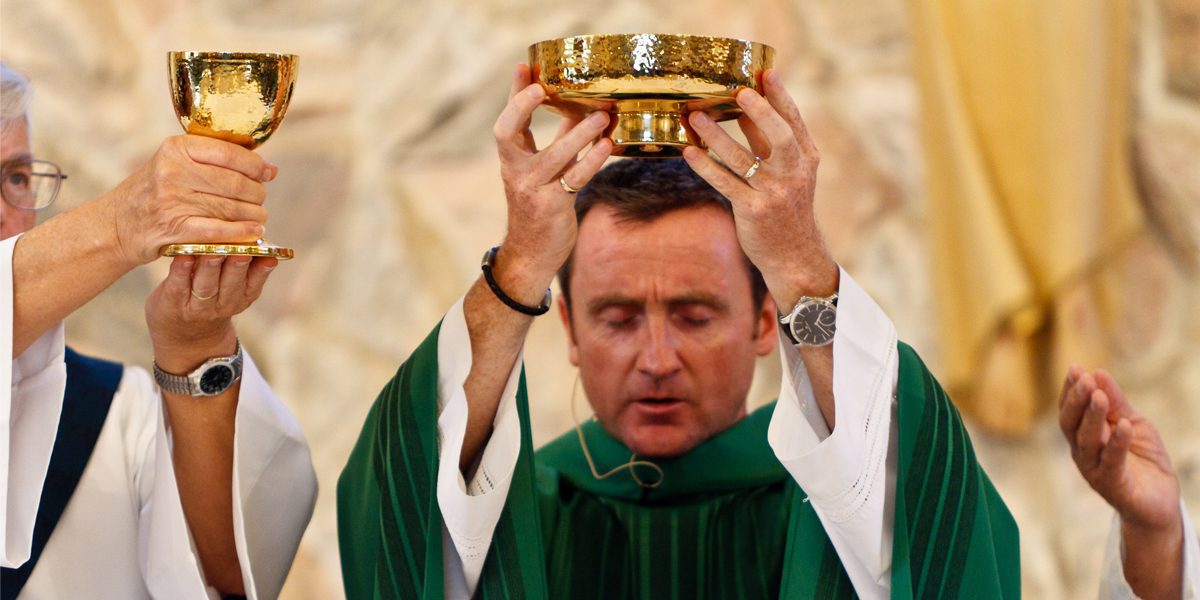 The ministerial priesthood has the task not only of representing Christ – Head of the Church – before the assembly of the faithful, but also of acting in the name of the whole Church when presenting to God the prayer of the Church, and above all when offering the Eucharistic sacrifice. #1552

Christ, whom the Father hallowed and sent into the world, has, through his apostles, made their successors, the bishops namely, sharers in his consecration and mission; and these, in their turn, duly entrusted in varying degrees various members of the Church with the office of their ministry. The function of the bishops’ ministry was handed over in a subordinate degree to priests so that they might be appointed in the order of the priesthood and be co-workers of the episcopal order for the proper fulfillment of the apostolic mission that had been entrusted to it by Christ.” #1562

It is in the Eucharistic cult or in the Eucharistic assembly of the faithful (synaxis) that they exercise in a supreme degree their sacred office; there, acting in the person of Christ and proclaiming his mystery, they unite the votive offerings of the faithful to the sacrifice of Christ their head, and in the sacrifice of the Mass they make present again and apply, until the coming of the Lord, the unique sacrifice of the New Testament, that namely of Christ offering himself once for all a spotless victim to the Father. From this unique sacrifice their whole priestly ministry draws its strength. #1566