On behalf of the Office of Catholic Schools, it is our pleasure to announce our new Principals and Presidents for the 2012-2013 academic year. We welcome, as of July 1st: 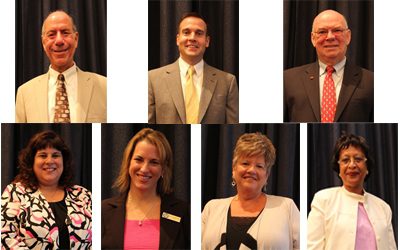 Mrs. Mary Ann Irwin, new Principal of Holy Name of Jesus Catholic School in Indialantic. Mrs. Irwin recently relocated to Florida from Warsaw, Indiana, and comes with a wealth of instructional and administrative experience. She has been a teacher, Principal, Curriculum Director, District Level Administrator, Assistant Superintendent and Superintendent. Mrs. Irwin may be contacted via email at mirwin@hnj.org.