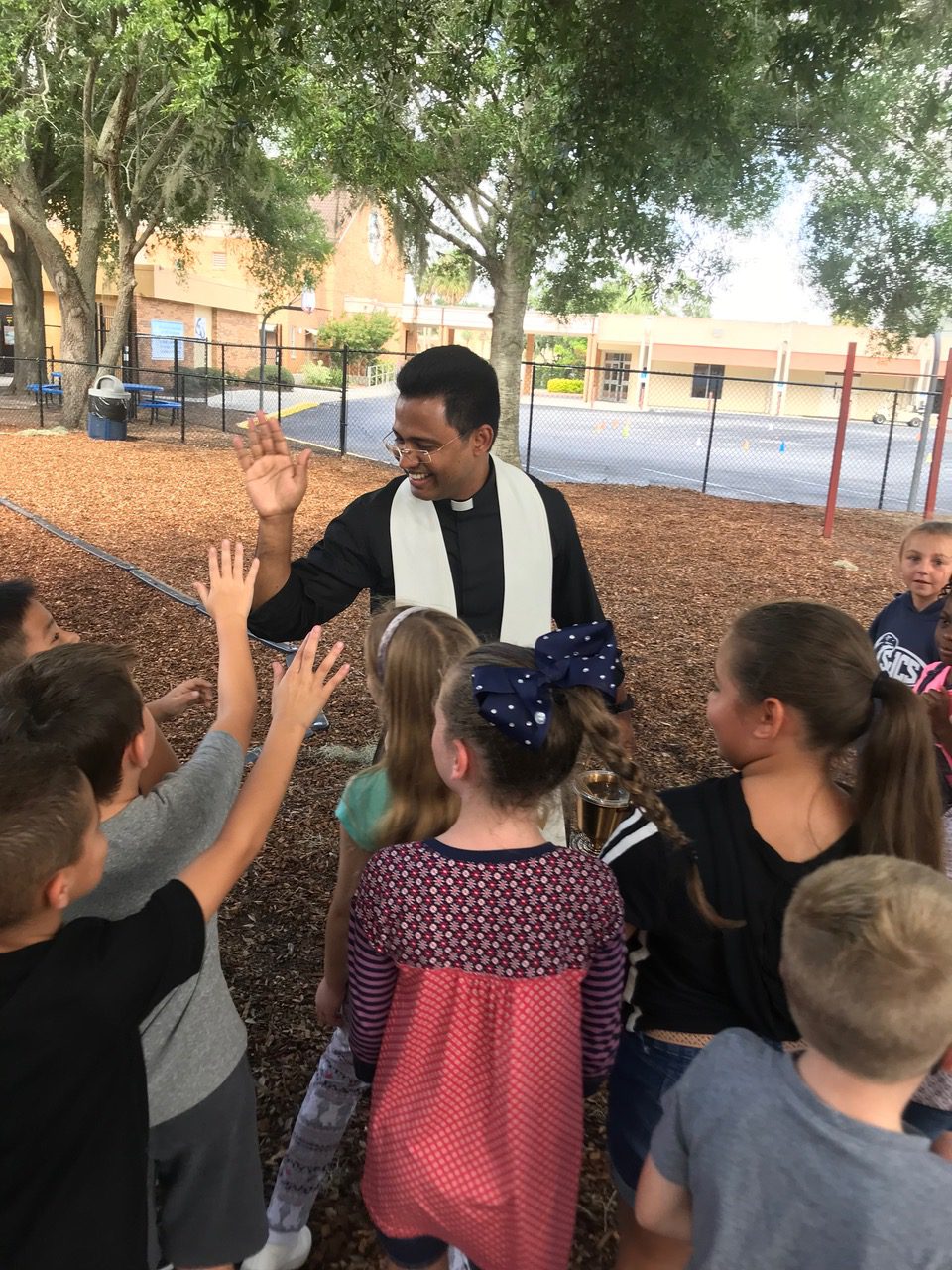 The greeting heard all throughout the St. Joseph community in Winter Haven is “Jesus, Mary and Joseph”.  These faithful words were brought to the parish and school by our new pastor, Father Jimson Varghese, S.D.V., and Father Rony Parakkal Rappai, S.D.V., parochial vicar. As members of the Society of Divine Vocation, these words are spoken when greeting each other. Though the priests are new to St. Joseph, they have already made an everlasting impact.

As a child, Father Varghese always wanted to become a priest. Being raised in a very Catholic family and being taught by Carmelite Sisters influenced his decision. His parents asked that he attend college for two years to test his inner spark and desire. After two years of college, his choice became clear. He would enter the priesthood.

Father left his home country of India to study in Italy. His education included meditation, examining the conscience, and prayer. “It was so hard to learn the Latin language,” stated Father Varghese.

He also had a hard time getting used to the hot summers in Winter Haven. Before his move to Winter Haven, he spent time in New Jersey spreading the good news of God. That must be why he is not use to the Florida heat. 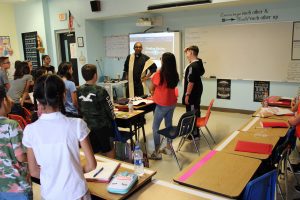 During his short time with the children, he has already taught them two songs which he composed himself. “The Twelve Apostles” song helps them remember the names of the twelve apostles and “Love of Jesus” helps the children truly understand how much Jesus loves them.

When Father Rony Parakkal Rappai, S.D.V., our new parochial vicar, was growing up, he had to be the “good guy” because he had to live up to the high standards set by his older brother. At the age of 17, a dear friend of his died. After his friend’s death, he realized that this friend never thought about God or the value of life. Father Parakkal Rappai had already started his relationship with God and this event deepened his faith.

After this tragic event, he dedicated his life to the priesthood. Studying in India, he began with a class of 26 men, but only four of them were ordained. During his studies, he spent many hours in prayer and meditation, yet found time to participate in soccer.

Father is now in his seventh year of priesthood. In the short time that he has been at St. Joseph, he has felt very welcomed and embraced by the people. He is enjoying the time with students and teachers, but he is still adjusting to the many American accents in the United States.

St. Joseph is truly blessed to have not one, but two, new faces in the community.