Bishops Issue Press Release On Upcoming Carbon Pollution Rules: On May 29, Miami Archbishop Thomas Wenski, Chairman of the U.S. Conference of Catholic Bishop’s (USCCB) Committee on Domestic Justice and Human Development, wrote to EPA Administrator Gina McCarthy urging that the new carbon pollution rules on existing power plants should “protect the health and welfare of all people, especially children, the elderly, as well as poor and vulnerable communities from harmful pollution emitted from power plants and from the impacts of climate change.”  Read the Press Release here. 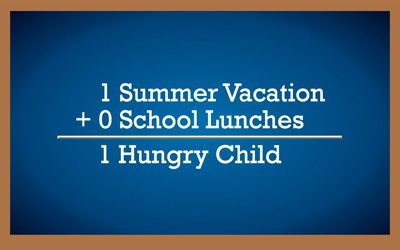 On May 29, Miami Archbishop Thomas Wenski, Chairman of the U.S. Conference of Catholic Bishop’s (USCCB) Committee on Domestic Justice and Human Development, wrote to EPA Administrator Gina McCarthy urging that the new carbon pollution rules on existing power plants should “protect the health and welfare of all people, especially children, the elderly, as well as poor and vulnerable communities from harmful pollution emitted from power plants and from the impacts of climate change.”  Read the Press Release here.

People of faith can show their support by thanking the president and urging EPA to push ahead with the proposed pollution limits for power plants. The new standards will create a dynamic move toward cleaner energy.  All major faiths share a common mandate to be stewards of Creation and to care for the most vulnerable in the world.

On Monday, June 2, the U.S. Environmental Protection Agency issued new rules designed to reduce toxic emissions and greenhouse gas pollution from existing power plants.  Those within and who support the fossil fuel industry will say that these rules will dramatically increase energy costs for homes and businesses.  Those who support the rules will argue that under the Clean Air Act, the EPA has every right—even a duty—to create and implement the rules for the sake of public health and the common good.

It is likely—given past statements—that the U.S. bishops will support the national standards to reduce…emissions arguing that they will help protect the health and welfare of all people, especially the most vulnerable members of our society, including unborn and other young children, from harmful exposure to toxic air pollution emitted from power plants.  These are not economic arguments but moral ones.  They don’t necessarily argue about your energy bill or mine, but rather about the common good and the right to human life and human dignity.  At the same time, they are not unaware of the economic impacts: While there are short-term costs involved in implementing this standard, the health benefits of such a rule outweigh these costs.  Stay tuned!  More about how you can help ensure that EPA’s new rules meet basic moral criteria.

Pope Francis Gives Us Preview of What’s To Come in his upcoming environmental encyclical:  On May 21 during his general audience he focused on knowledge, a gift of the Spirit:

And on Sunday, May 25, in a Common Declaration with Ecumenical Patriarch, Bartholomew I, they said:

•    It is our profound conviction that the future of the human family depends also on how we safeguard – both prudently and compassionately, with justice and fairness – the gift of creation that our Creator has entrusted to us. Therefore, we acknowledge in repentance the wrongful mistreatment of our planet, which is tantamount to sin before the eyes of God. We reaffirm our responsibility and obligation to foster a sense of humility and moderation so that all may feel the need to respect creation and to safeguard it with care. Together, we pledge our commitment to raising awareness about the stewardship of creation; we appeal to all people of goodwill to consider ways of living less wastefully and more frugally, manifesting less greed and more generosity for the protection of God’s world and the benefit of His people.

Finally, there was also a hint on the plane ride home from the Holy Land that Pope Francis and Patriarch Bartholomew may be “coming up with a joint initiative to deal with this [ecological] problem.”

I doubt that few environmental organizations can match the faith community’s depth of inspiration needed to transform hearts and minds and to move us positively, hopefully, into the future.  By linking the knowledge of the gift of the cosmos with our responsibility to protect it combines modern science with Franciscan spirituality in ways that we believe will melt hearts, not the planet.  Support our development of resources to convey this broadly.

Wage Peace in the Holy Land

On June 8, Pope Francis hosted Israeli President Shimon Peres and Palestinian Authority President Mahmoud Abbas at the Vatican for a time of prayer for peace in the Holy Land – an idea first discussed during His Holiness’ trip to the Holy Land in late May.

The United States Conference of Catholic Bishops (USCCB) and Catholic Relief Services (CRS) have long called for a two-state solution to the Israeli-Palestinian conflict that will build just and lasting peace for all people of the Holy Land. In a recent letter to Secretary of State Kerry, Bishop Richard Pates and Cardinal Theodore McCarrick of USCCB, along with other religious leaders, reaffirmed our commitment to support peace.

CRS’ Chief Operating Officer, Sean Callahan, said the following about the historic prayer event: “We hope that the Holy Father’s unprecedented prayer meeting with Israeli President Shimon Peres and Palestinian Authority President Mahmoud Abbas will create an atmosphere of hope for a peaceful resolution to the conflict so that people on both sides may live in dignity. We share with the Holy Father a desire for reconciliation, a longing for unity and a just and secure peace for Palestinians and Israelis.”

Your voice is needed to help Wage Peace in the Holy Land! Now is the time for the United States’ government to help move the peace process forward and support Israel and the Palestinian Authority to achieve a two-state peace agreement before it is too late. Send an email to your Senators and Representative today urging them to support peace in the Holy Land and not stand in the way of this monumental opportunity for our brothers and sisters in the Holy Land!

Peace in the Middle East

Pope Francis recently invited Israeli and Palestinian leaders to the Vatican to join him in prayer for peace this Pentecost Sunday, June 8.  In Sunday’s Gospel reading, Jesus says twice to his disciples, “Peace be with you,” fills them with the Holy Spirit, and sends them on mission (John 20:19-23). We invite you to respond to Christ’s Gospel message of peace on Pentecost Sunday by following the lead of our Holy Father and praying in solidarity for just and lasting peace in the Holy Land.  Please visit our website for prayer resources as well as other opportunities to support peace in the Holy Land.

Your voice does make a difference! Thank you for advocating with and on behalf of our brothers and sisters throughout the world who are poor and vulnerable.

Community Preferences Report
Learn what people over 50 consider to be a “livable community,” what attributes they want in their community and how many people want to age in place. This national survey breaks much of its findings down by age, income, physical ability, ethnicity and other factors. Click here.

The National Foundation to End Senior Hunger (NFESH) has released a study, entitled State of Senior Hunger in America 2012: An Annual Report. This report looks at the food insecurity topic by state, income, ethnicity, age, marital status and other variables. Click here.

World Elder Abuse Awareness Day is June 15
An estimated 5 million older Americans are victims of elder abuse, neglect, or exploitation every year. Still, experts believe that for every reported case, as many as 23 cases go unreported. For World Elder Abuse Awareness Day 2014, the Administration for Community Living (ACL) put together a toolkit to support efforts to prevent, identify and respond to this serious, often hidden problem. To learn more, click here.

Shop For Gifts for Dad

When you purchase fair trade products, you are standing in solidarity with the poor and vulnerable, recognizing the dignity of the work of artisans and farmers, and ensuring that our brothers and sisters around the world earn fair wages.  To check out Fair Trade Father’s Day gift ideas, click here!

Six Steps to Smart TV Time for Kids
TV viewing is a part of most kids’ free time. Make it matter by making it a part of yours, too. Melissa Henson, the PTC’s Director of Grassroots Advocacy & Education, offers six tips to make your family TV viewing fun, safe, and rewarding for both parents and their children.  Read six tips for TV time…