In early march, Orlando Mayor Buddy Dyer signed a similar proclamation for Diocese of Orlando day on June 18, 2018. Together, we celebrate the Jubilee Year through the Solemnity of Our Lord Jesus Christ, King of the Universe, November 25, 2018. 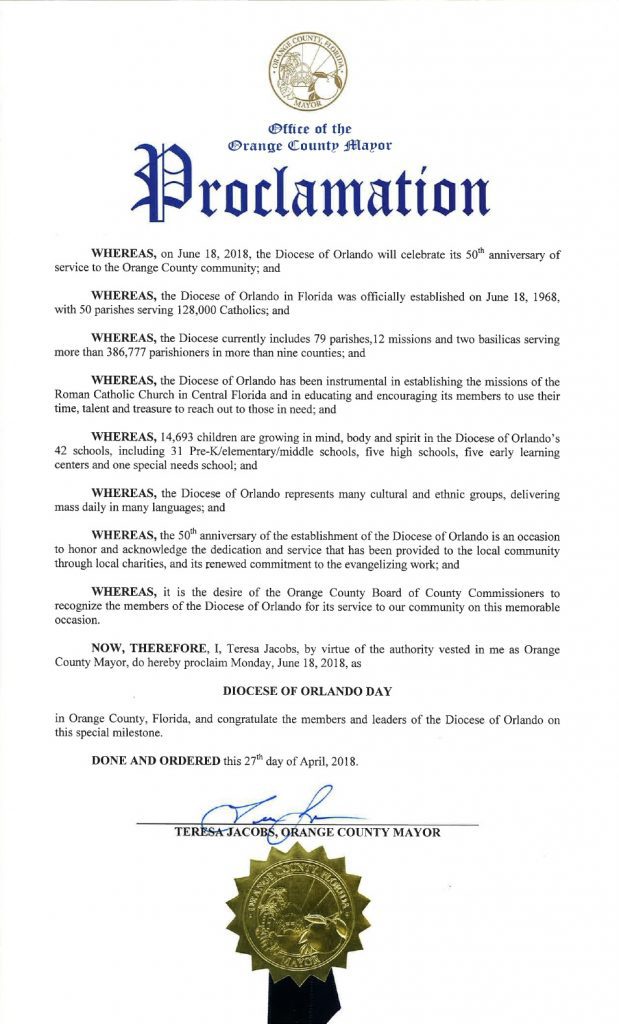 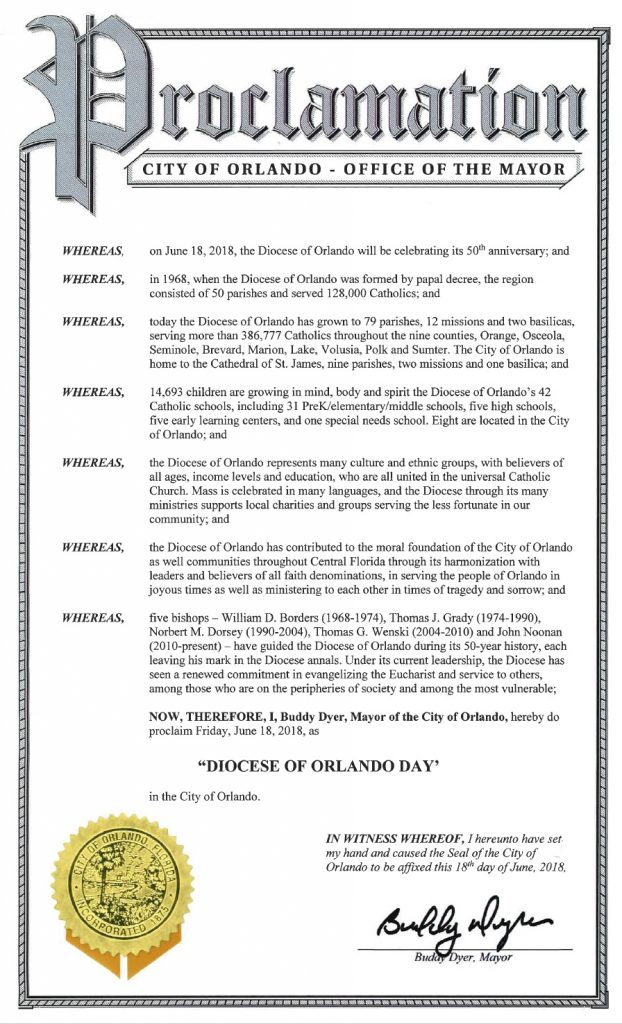