Our Lady of Guadalupe waits with us in Advent 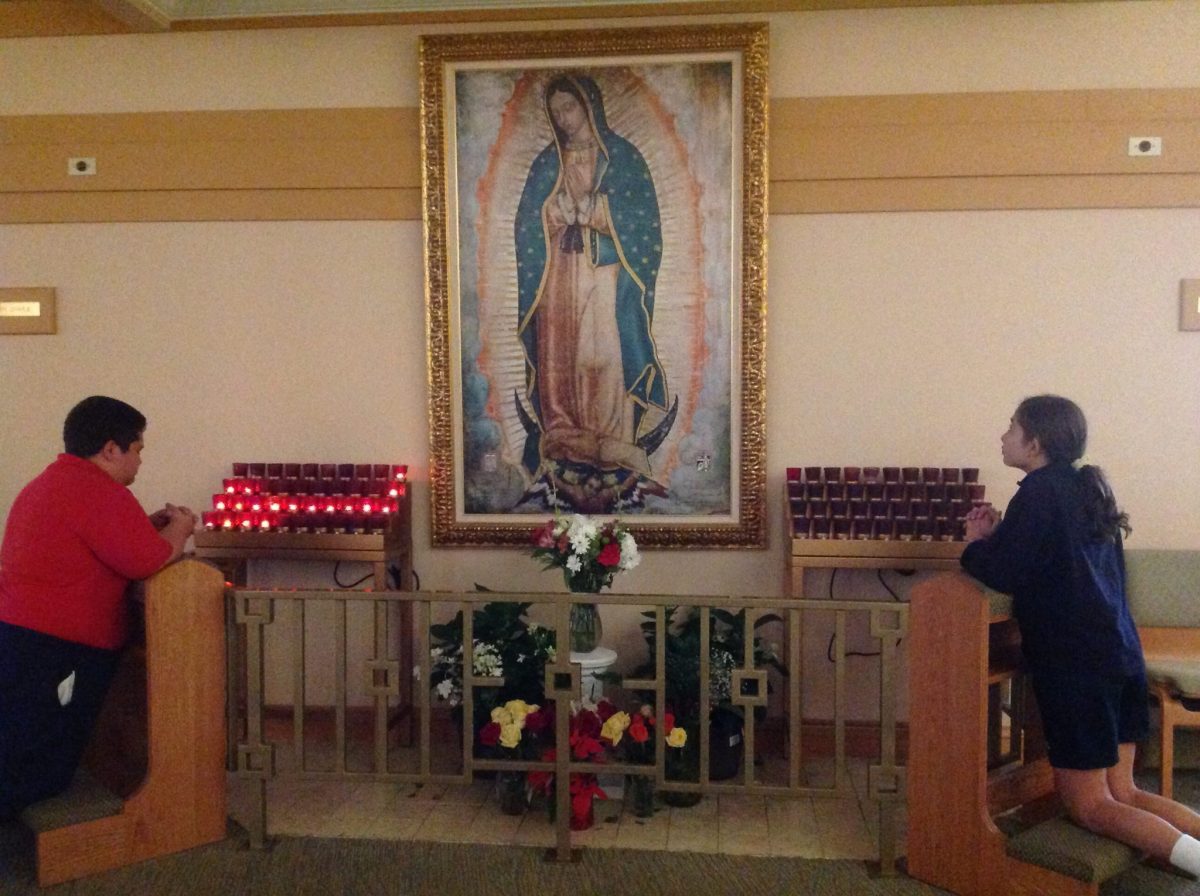 Middle school students at St. Mary Magdalen Catholic School in Altamonte Springs learned that Our Lady of Guadalupe is an appropriate feast to celebrate during the Advent season because the three times she appeared to Juan Diego, the Lady was wearing a black cincture. At the time , the black cincture, or belt, was a symbol of an expectant mother. Two weeks after her feast day, December 12, the Church rejoices by celebrating the birth of the baby Jesus. As she awaited the birth of her son, centuries later, we do too.

The Virgin of Guadalupe is the national symbol of Mexico and the Pope St. John Paul II declared her patroness of the Americas because of the many conversions that are credited to her. On December 12, 1531 she visited Juan Diego, a native Mexican, on Tepeyac Hill and asked him to tell the bishop to build a temple on the hill. The bishop did not believe him and said he would need proof to know if Juan Diego had really seen the Mother of God. Juan Diego told Our Lady this, so she decided to send the bishop proof. Mary told Juan Diego to gather flowers in his tilma, or cloak, and not open it or show it to anyone until he could talk to the bishop.

When Juan Diego opened his tilma for the governor and the bishop, they saw white roses falling to the ground and a picture of Our Lady on the fabric of his tilma. They believed him instantly because white roses do not grow in winter. After this miracle, the bishop built a church in honor of Our Lady. The same tilma with the imprint of Mary hangs today above the altar in the Basilica of Our Lady of Guadalupe in Mexico City.

The students of St. Mary Magdalen School learned the positive effects this apparition had on the catechesis of the New World in the XVI century. The Virgin came asking for the conversion of the Americas.

The seventh grade celebrated this feast day by going to the Chapel and praying in front of a beautiful portrait of Mary. In the back of the picture frame hung the Mexican flag displaying its beautiful colors of green, white and red. Seventh grade student Santiago said: “My favorite part about how we celebrated Our Lady of Guadalupe was going to the chapel and praying in English and Spanish. I enjoyed learning about the symbolism behind the designs and colors of the royal vestments that the Blessed Mother was wearing.”