Parish and school honors Patroness of the Americas 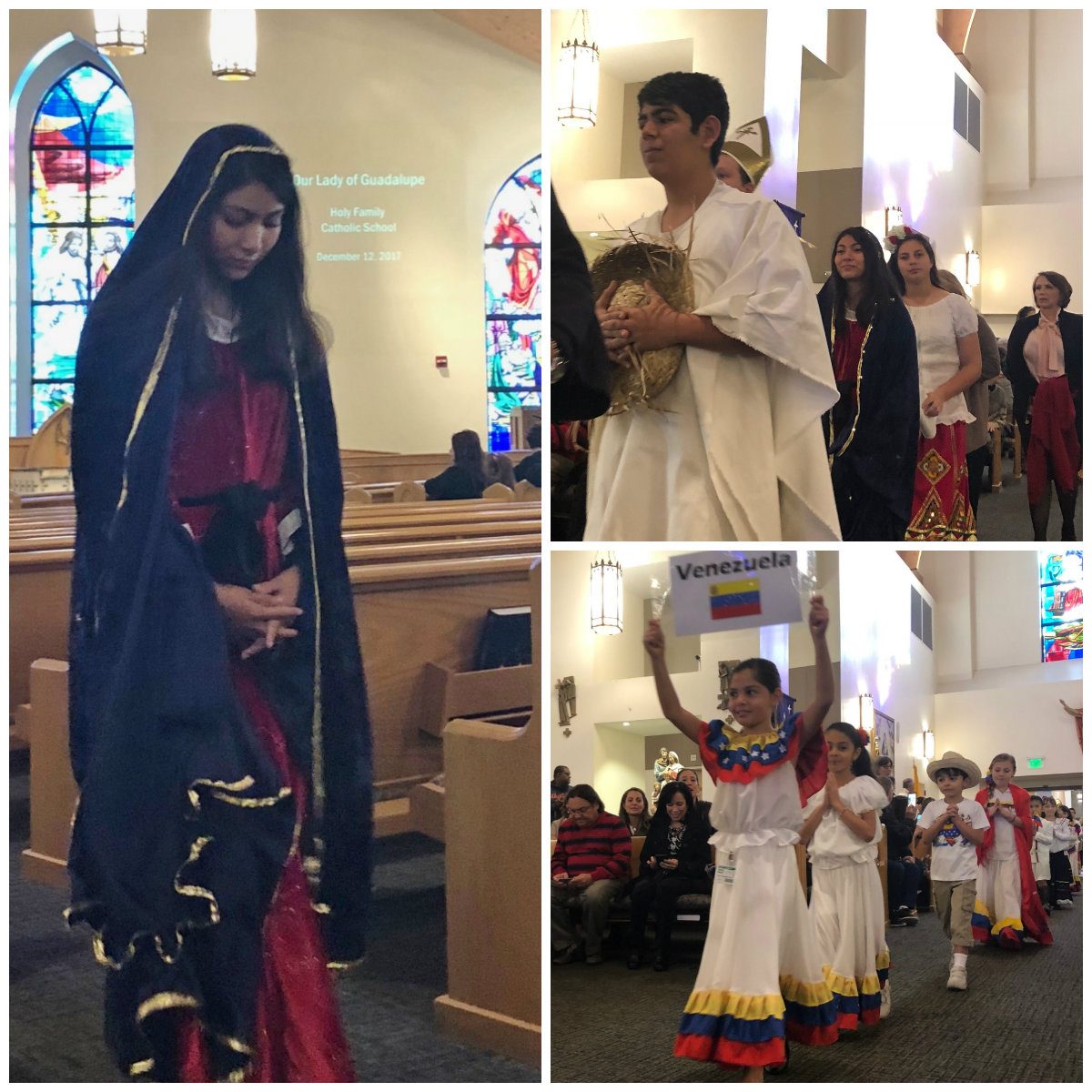 On December 12, 2017, Holy Family Catholic Church and School in Orlando celebrated the feast day of Our Lady of Guadalupe. The Holy Family community took the opportunity during this day to recognize all cultures especially those of Latino heritage and to tell the story of her miraculous appearance in Mexico.

The children of the school wore beautiful and intricate native gowns and processed down the center isle of the church with a poster stating their nationality. Some of the countries participating this year were Chile, Puerto Rico, Venezuela and, of course, Mexico. There were also several other countries represented including Japan, Ireland and Italy.

After the procession, some of the students from the advanced Spanish classes presented a short skit depicting the miracles which occurred on that day in 1531 on the hill of Tepeyac. The children told the spectacular story of St. Juan Diego encountering the Virgin Mary, and the miracle of her image appearing on his tilma as proof of her presence to Bishop Juan de Zumárraga.

Following the skit, Father Alvin Erni, parochial vicar of Holy Family Parish, celebrated the Mass, which featured some Latino songs about Our Lady of Guadalupe.

This annual celebration is a beautiful ceremony paying homage to both Our Lady and the Latino culture. It also brings to light the amazing story of St. Juan Diego who, with the help of the Virgin, proved to all that she was truly present and brought about the conversion of many people.