Presentation of the Eighth World Meeting of Families

This morning in the Holy See Press Office a press conference was held to present the Eighth World Meeting of Families, to be held in Philadelphia, U.S.A., from 22 to 27 September this year, on the theme “Love is our mission. The family fully alive”. 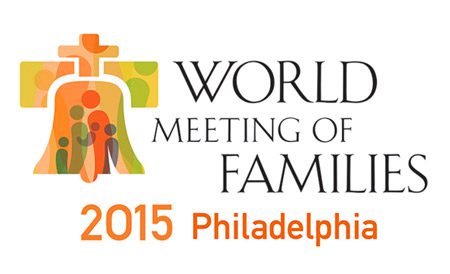 This morning in the Holy See Press Office a press conference was held to present the Eighth World Meeting of Families, to be held in Philadelphia, U.S.A., from 22 to 27 September this year, on the theme “Love is our mission. The family fully alive”. The speakers were Archbishop Vincenzo Paglia, president of the Pontifical Council for the Family; Archbishop Charles Joseph Chaput, O.F.M. Cap. of Philadelphia with his auxiliary, Bishop John J. McIntyre, and Jerry and Lucille Francesco, a couple from the same archdiocese, now married for fifty years.

Archbishop Paglia emphasized that the Meeting is a valuable opportunity to place the family at the centre of the Church and of civil society. “It is a duty”, he said, explaining that the meeting is about and for families, who are its protagonists and main recipients. “The family builds the Church and sustains society. … During the days of the conference, we will present the results of some international research that has scientifically studied this positive influence. The family constantly asks for help and support in the entire ecclesial community – and in the next few days I will write to all the monasteries of the world to ask them to accompany these very important days with their prayers – and from civil society as a whole, which cannot remain indifferent to such beauty and goodness that is so effective and so viable”.

The prelate went on to highlight the global nature of the event, and the hope that it will be seen and reported on worldwide. “The family is the heritage of all humanity, at every latitude, in every culture; it is blessed by all religions. That is why we wanted a significant presence of other Christian denominations and of major world religious traditions. … We are working so that delegations from around the globe and especially from the world’s poorest local Churches will be present. Philadelphia will be a great worldwide celebration of families: in the spectacle, we will be able to get a glimpse, we will have to show the beauty and the possibility of all humanity becoming a single family of peoples. It is the dream of peace; it is God’s dream”.

This universality will be enshrined in the final gesture of the meeting: the archbishop revealed that at the end of Mass on Sunday, 27 September, Pope Francis will give the Gospel of Luke, “the Good News of God’s mercy, which is Jesus, to families from big cities on the five continents: Kinshasa, Africa; Havana, America; Hanoi, Asia; Sydney, Australia; and Marseilles, Europe. This is a symbolic gesture that will announce the sending of a million copies of this book to the five cities involved. We want the Gospel of Mercy to be announced in the great cities of the world so that they may build bonds of love between them, in the Church and in society”.

The archbishop of Philadelphia gave some data on the Meeting, which more than a million people are expected to attend, and from which representatives of more than a hundred nations have registered.  For more information on the events linked to the meeting, see http://www.worldmeeting2015.org/