Program Teaches People About “Life in the Eucharist”

Michele Wales, a self-proclaimed cradle Catholic, says that since an early age she felt a desire to grow in her faith. Wales, now 52, is helping other Catholics understand more about their faith – specifically the Holy Eucharist. 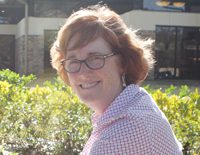 Michele Wales, a self-proclaimed cradle Catholic, says that since an early age she felt a desire to grow in her faith. Wales, now 52, is helping other Catholics understand more about their faith – specifically the Holy Eucharist.

“The Eucharist is something God has given us as a gift to become more like Him… to come to Mass every Sunday and to be nourished by the Eucharist changes you to who God wants you to be,” said Wales.

Wales is a member of the transformation team for “Life in the Eucharist” or LITE at St. Stephen Catholic Church in Winter Springs.

“Faith has been important to me all my life. It’s been a source of peace and belonging,” Wales said. “The goal is to bring more understanding of the Eucharist to the Catholic community because it’s the center of our faith.”

LITE is part of a national program that was put together originally by a priest of the Congregation of the Blessed Sacrament. Father George Dunne, associate pastor at St. Stephen Catholic Church in Winter Springs and a member of that religious community, introduced the program to the teens at his parish 10 years ago as a way to help them continue to learn about the Holy Eucharist after confirmation.

“The Eucharist is the source and summit of Christian life. Christ gave us the Eucharist, it is an amazing gift,” Dunne said.

LITE has grown and is now offered to adults as well. The goal is to see the program expand to other parishes as well.

The program recently was offered at St. Francis of Assisi Catholic Church in Apopka. Speakers called “witnesses” gave personal accounts on how they experience the Eucharist in their lives. Wales is one of these witnesses and enjoys going to other churches and introduce other people to the program so they can develop a deeper relationship with Jesus. In turn, it has helped her learn more about the Eucharist.

Wales, who is originally from Cleveland, grew up in Cincinnati before moving to Florida in the 10th grade. She then attended the University of Florida, where she got involved with student faith formation at the Catholic Student Center for St. Augustine Catholic Church in Gainesville. She said growing up she always felt self-conscious and didn’t fit in, but the Eucharist helped change that.

“I think getting involved has deepened my understanding of the Eucharist, and I have developed friendships to share the journey,” she said. “It’s nice to feel involved in Church and feel like you’re growing in faith. I think it’s important the more you know about your faith, the more faithful you’ll be.”

Wales graduated from the University of Florida with a degree in accounting and is now a CPA, who lives in Oviedo with her husband, Bill, and two sons, Jim, 19, and Joseph, 17. In addition to the LITE program, she has been involved with St. Stephen parish as an Extraordinary Minister of Holy Communion and a member on the Winter Festival fundraising committee. She also volunteered with the faith formation program, where she taught her son and his classmates from third grade through their sophomore year when they received their Confirmation.

Wales said once Catholics complete Confirmation, a lot of churches are floundering on how to help young people grow their faith and the LITE can help with that.

“It’s a great program. We, as a group, are the Body of Christ for one another. We develop that relationship because that’s what Jesus Christ calls us to do,” Wales said. “God puts the desire in our hearts and the only way to quench that desire is to know him.”