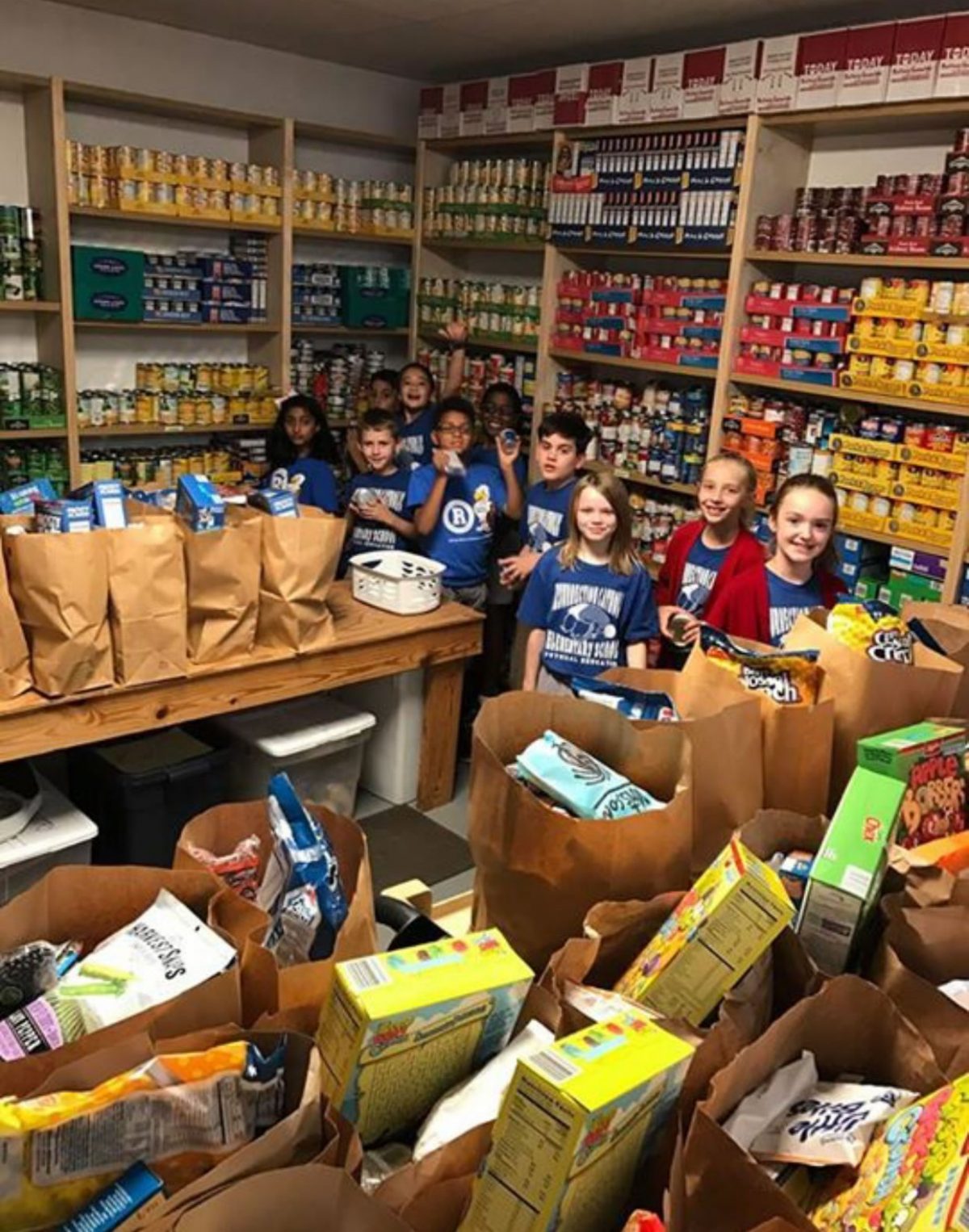 National Catholic Schools Week is the annual celebration of Catholic education in the United States, taking place since 1974. The annual observance starts the last weekend in January and runs all week. This year’s theme is “Catholic Schools: Communities of Faith, Knowledge and Service.”

On Monday, the community was celebrated. RCS Student Government members joined with four other Catholic schools to volunteer at the Agape Food Bank packaging meals and sorting food items in an effort to reduce hunger in our community. Baby bottles were also distributed to students to collect money for Options for Women. In addition, each homeroom chose a different service project in which to participate to benefit the community.

Tuesday was a day for celebrating students and their accomplishments. Each student had the opportunity to dress out for a cause as money was collected for the Catholic Charities Adoption Center. All students took part in participating in a Go-Take-a-Hike Walkathon.

On Wednesday, National Appreciation Day, Catholic schools are recognized for the contributions they make to their communities and the role they play in preparing students to be faith based citizens. This is also a day RCS celebrated grandparents and what they mean to us.

Thursday was a day for celebrating vocations. Students in grades three to eight joined Father Luis Salazar and Father Tim Murphy as they shared their journey on how they were called to the priesthood.

On the final day, Resurrection Catholic School honored its teachers, administrators and staff who support students in their education journey. In addition, parents, grandparents, alumni, parishioners and school board members were also recognized for their volunteer service.

It was a great week to appreciate the privilege of a Catholic education, support our community, learn something new, and of course – have fun!