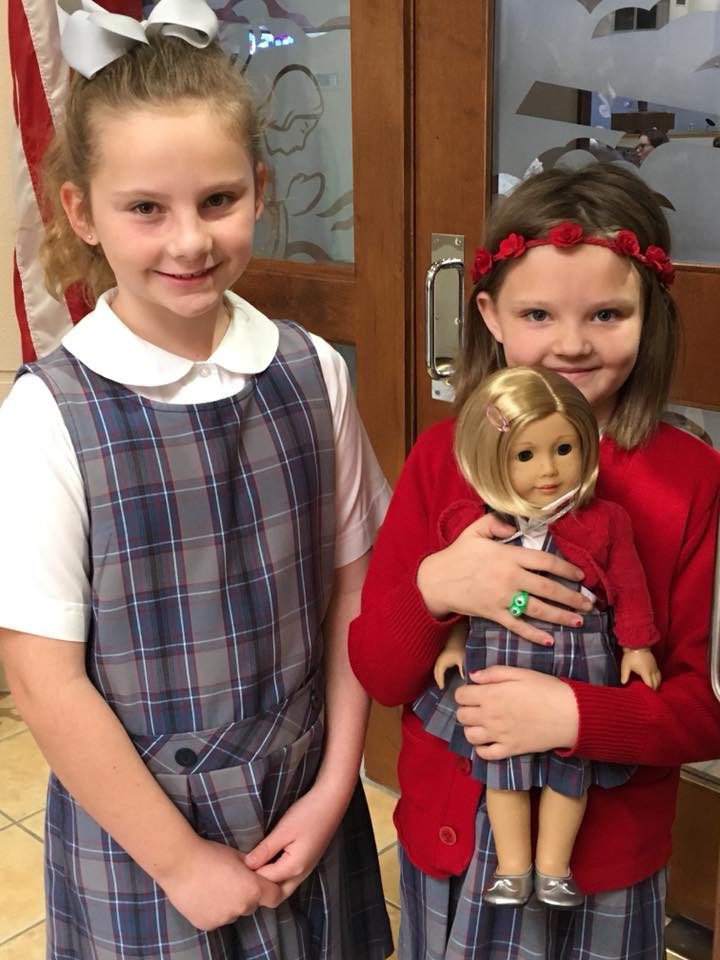 National Catholic Schools Week (CSW) was first introduced by the National Catholic Educational Association (NCEA) in 1974. The annual event begins each year on the last Sunday in January. Schools in the Diocese of Orlando celebrate CSW with Masses, open houses, and a variety of activities for students, families, parishioners, and the community at large.

On Monday, Jan. 29, the community was celebrated. RCS hosted the first annual “Souper Bowl for Technology” event.  Students decorated bowls to use and take home after dinner. The admission provided all you can eat soup and salad and helped support the technology department. Baby bottles were also distributed to students to collect money for Options for Women.  In addition, each homeroom chose a different service project to participate in to benefit the community.

Tuesday was a day for celebrating RCS students and their accomplishments. Each student had the opportunity to dress out for a cause as money was collected for the Catholic Charities Adoption Center. And all students took part in a Go-Take-a-Hike Walk-a-thon.

Wednesday was a day to celebrate the nation. On this day, Catholic schools were recognized for the contributions to their communities and the role they play in preparing students to be faith-based citizens. Wednesday was also a day Grandparents were celebrated and shown what they mean to the students.

On Thursday, the school celebrated vocations as they visited with Seminarian James Lorini and learned more about priestly vocations.  Faculty, staff, and volunteers who support students in their educational journey were celebrated on Friday.

It was a great week to appreciate and celebrate the privilege of a Catholic education and help and serve others.