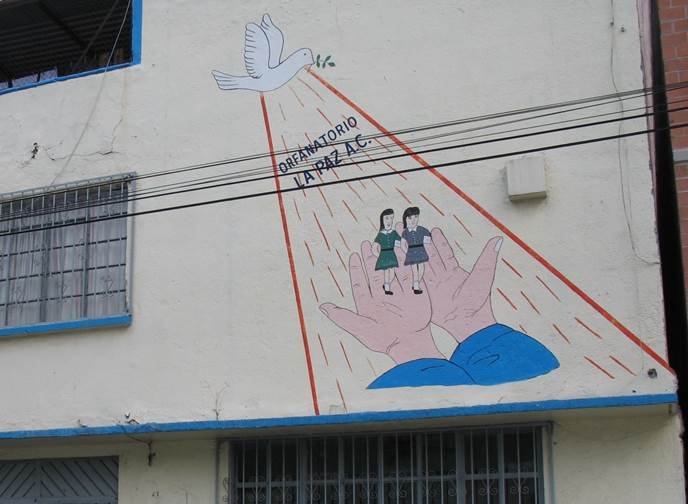 The connection between St. Mary Magdalen Parish in Altamonte and Peace Orphanage in Mexico is a bond lasting more than twenty years. It began when a parishioner traveled on a mission trip to Mexico and discovered that Benedictine nuns had created such a place. The Peace Orphanage was originally founded in 1921, only taking in orphan girls until one year ago. Last year, not having the heart to separate siblings, the nuns graciously decided to take in a young girl and her brother. The children are allowed to stay for as long as they need to, but usually they range from infants to teens just finishing high school.

When St. Mary Magdalen Parish pastor, Father Charlie Mitchell, invited St. Mary Magdalen School to partake in the needs of the Peace Orphanage, both the parish and school became its primary source of income. In doing so, the students at SMM live out the Spiritual Works of Mercy in many ways beginning by praying an intention just for the orphanage during the school liturgy.

In the past five years, the National Junior Honor Society has raised funds for the orphan children, living out the Corporal Works of Mercy as well. Money is raised through Powder Puff and Out of Uniform Days like St. Patrick’s Day and St. Valentines’ Day. In living out Jesus’ command to “Clothe the naked,” the school has now bought the children clothes, Bibles, and computers.

Two weeks ago, when Father Mitchell and Principal Rotz went to Mexico to visit the children at the orphanage, Father Mitchell was interviewed about his experience. He said that when he first drove into the surrounding area near the Peace Orphanage, all he saw was poverty. When they got to the orphanage, what he saw was this bright pink concrete building with steel doors. However, once those doors were open, it all changed. “The moment you walk in, you know you are amidst a family,” Father Mitchell recalled.

Even though our pastor does not speak Spanish, this did not stop him from interacting with the children. Through hand gestures and small words, he learned from them. He noticed that the orphans all take care of each other. And the nuns at the orphanage work hard to get the documentation needed to help the children get adopted.

Father Mitchell had the opportunity to baptize three little girls, making the trip especially memorable And Ms. Rotz became the baptismal godmother of one of these adorable little girls. “It was a good trip, and a well-learning trip,” said Father Mitchell.

The Peace Orphanage has truly touched all of the hearts at the St. Mary Magdalen community.

This article is written by Tiffany, an eighth grade student at St. Mary Magdalen Catholic School in Altamonte. The photo is of an image painted on the Peace orphanage in Mexico.
March, 2018