Sharing the Wealth of Books 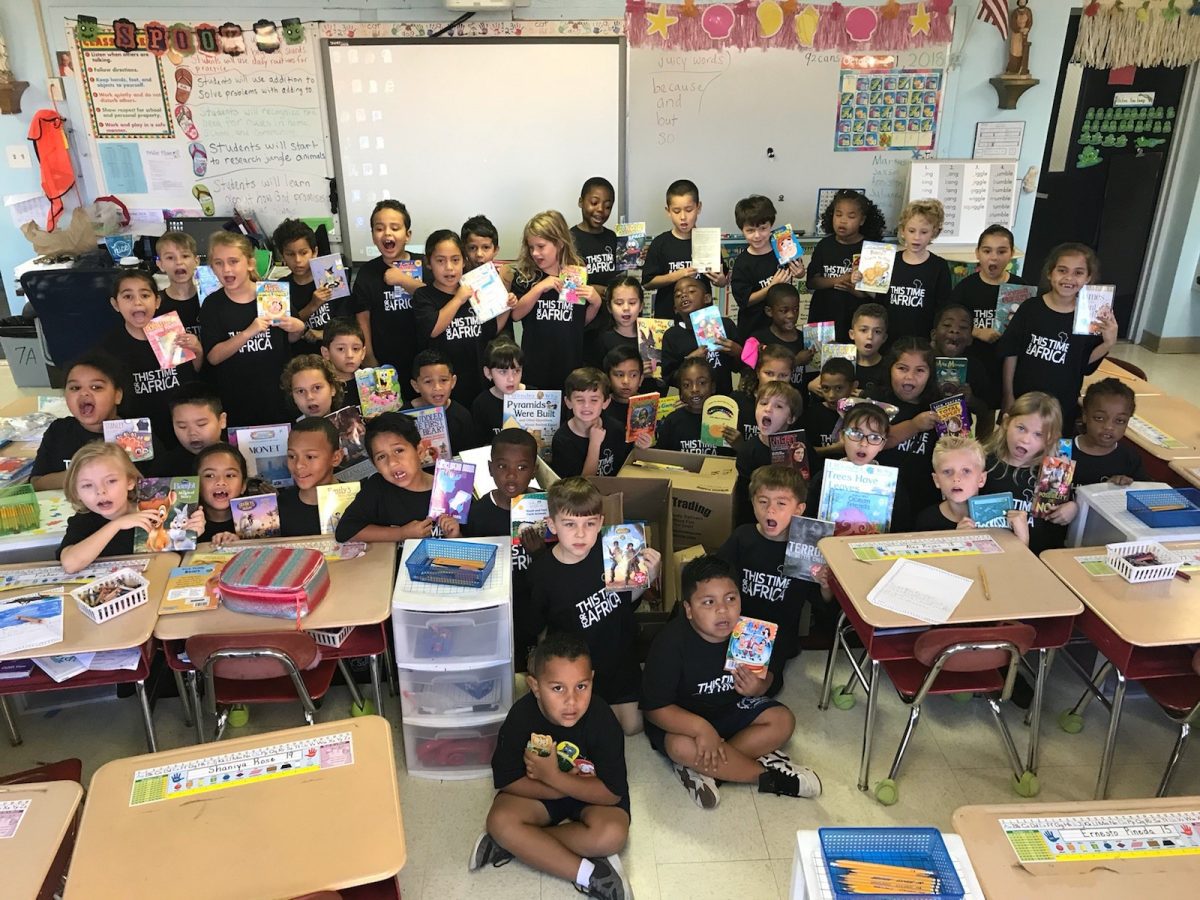 Imagine a world where there are no books and no magical lands to explore. The first-graders at St. Joseph Catholic School in Winter Haven discovered that some towns in Africa do not have libraries or access to books. They decided to make a difference.

While diving into a new unit of study about Africa, the children were enchanted with the study of African culture. It broke their hearts that some children did not have availability to books. They decided to take action. The students started to collect books to send to these unfortunate children.  It made them feel good about themselves because they were making a difference. The children collected a variety of literature for two weeks. More than 200 books were collected from first grade students and a donation from Mrs. Copeland. All were sent to Africa to show that kindness has no boundaries nor limits.

When asked about what they learned, a student responded that most schools do not have air conditioning, along with the need for books. Danielle and Harris stated that they loved to “show their achievements” to their parents who were very proud of them. First-graders, Alaina and Jackson, felt they made a difference in the lives of the African students because they will now have the opportunity to learn through books.

As part of the unit, students learned a song about Africa called “Waka Waka”. The song was performed at a weekday Mass for the school as part of Let Your Light Shine, a monthly opportunity for classes to showcase something they have learned either through song, dance movement or performance.  The song encouraged an awareness of the diversity of movement and sound.

To celebrate the magnificent success of the drive, the children enjoyed a Safari Day where they dressed as safari guides and “found” lions, elephants, flamingoes and rhinos. A field trip capped off the unit.  They ventured to Michael ‘Mikki’ Lawlor’s treehouse studio to celebrate each other’s talents. Mr. Lawlor taught them African dance moves and sounds as an extension of their lesson about Africa and its many tribes. It was a day of spreading love and joy to the community and around the world as each first-grader made a card with a positive message on it. Mr. Lawlor is still handing them out in the community.