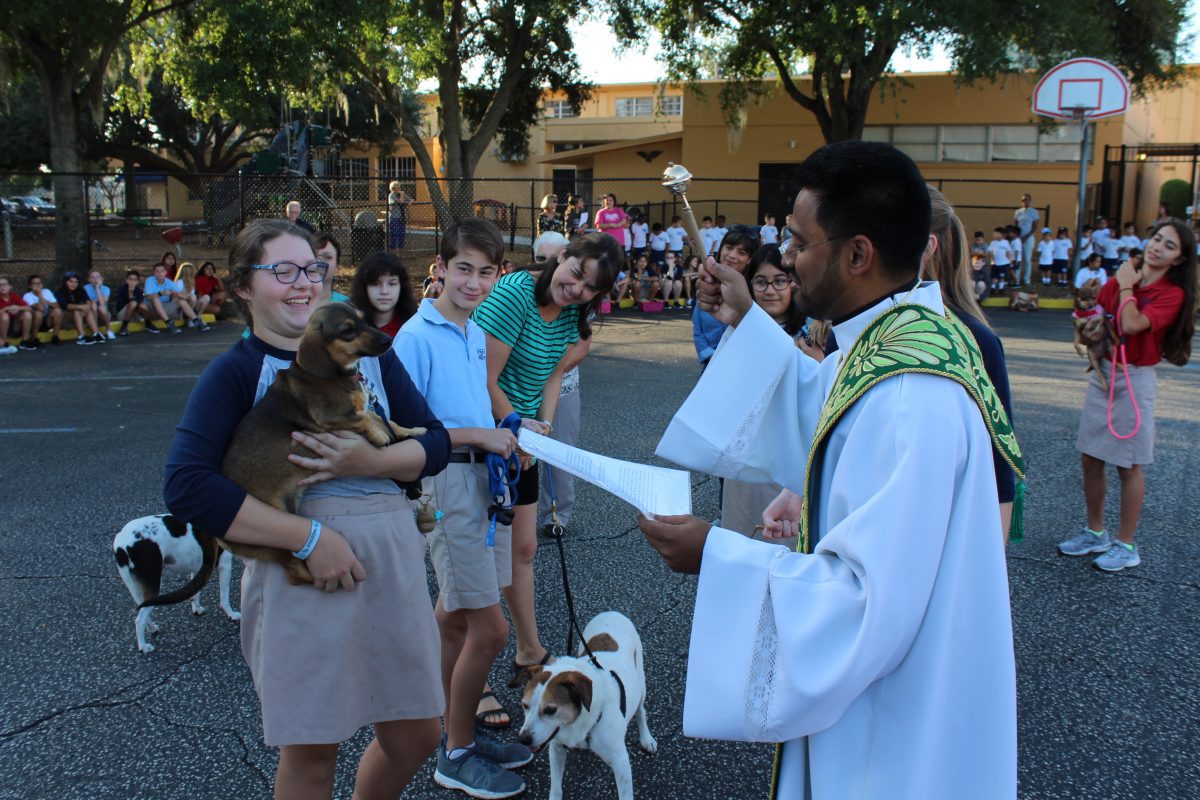 On October 4th and 5th, middle schoolers were divided into their houses. Each house is comprised of sixth, seventh and eighth graders that work together on various projects. Working in teams of three to four students, the children participated in various challenges. Using the engineering design process, students participated in four activities. They designed an inflatable life vest for a corgi (dog breed) named Champ, a prosthetic for an elephant that had lost part of its leg, a beak for an eagle, and the tail for a dolphin. Once the tail was designed and functional, students decorated it to fit into a natural habitat. None of these were actually used for animals, but they were tested to see if they worked in the ways these animals might use them. 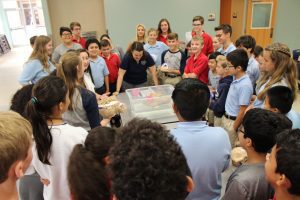 When tested, the workings of the design had to be comfortable, functional, durable, and attach and detach easily. If just one of these requirements was not fulfilled, the students would have the opportunity to change their design to fit all four criteria. Some groups accomplished this on the first try while others had to retry several times to get the design right. This made it fun to learn and helped students understand that designs aren’t always perfect on the first try.

When asked about the experience, Madison, a seventh grader, replied, “Our group had to communicate well because if we didn’t, we wouldn’t get the work done. Designing was a fun way to learn.” Teachers also enjoyed the experience. Mrs. Magnole, an eighth grade teacher, liked that the groups were mixed by classes and grade levels completing a hands-on experience. She expressed that students used their communication skills, worked in give and take situations and had to compromise to complete the task.

This STREAM project allowed students to understand the problems that animals and humans can face with the functions of limbs and body parts and how to solve these problems. Students will continue to learn about prosthetics through an upcoming writing assignment. At the end of the STREAM project, many students wished it was longer because they enjoyed it so much.