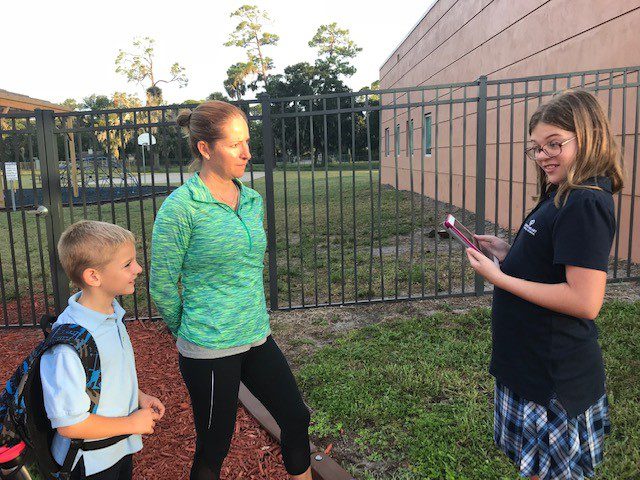 Sacred Heart Catholic Church in New Smyrna Beach has daily Mass at 7 a.m. and 11 a.m.  I could never make it as early as that, but one second-grader who is preparing for the Sacrament of Holy Communion does. He goes to the 7 o’clock Mass four out of five days per a week and is the youngest member of the morning congregation. His name – Tyler M. – the only child of Douglas M., who is in the Navy, and mother Dr. Bettina M., a college professor.

I interviewed Mrs. M. and asked her why she decided to take Tyler to church early in the morning. She said, “It’s all Tyler’s idea. He thought it would be a good idea to start the day off with prayer.” During Mass, he prays aloud for Mason G., a first-grader who lives in Jacksonville, Florida.  Mrs. M. added, “I take him (to church) because I would like him to understand the parts of Mass more because he is receiving his First Holy Communion this year. …Once he realized that the priest invites people to say their petitions out loud, he realized that he could pray for anything or anyone, and there was no stopping him!”  Tyler also prays for animals and many other things.

As a devout Catholic family, they go to church, not only on weekdays, but every Sunday at 9 a.m. at Sacred Heart Parish.  Dr. M. said she thinks going to church is now part of Tyler’s routine and it won’t stop any time soon. The family also takes Tyler’s grandmother to church in the morning. They believe that a family that prays together, stays together.