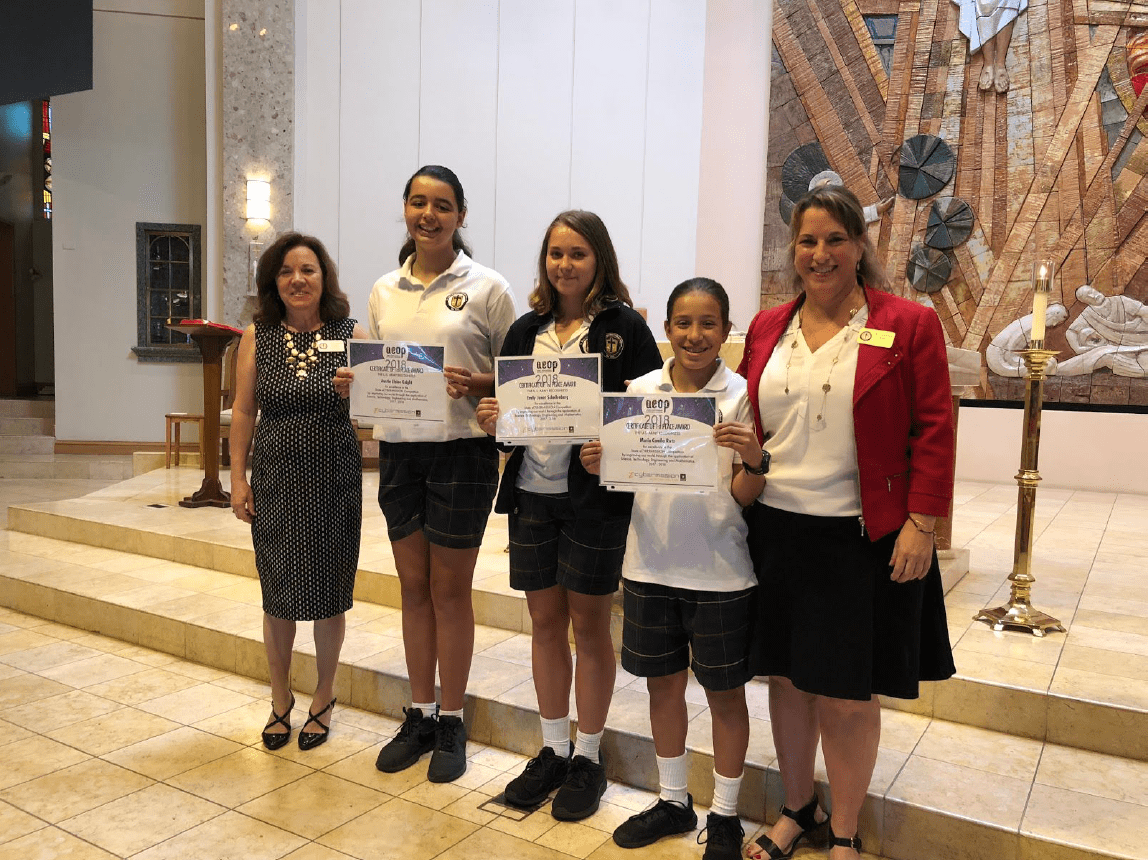 Our bodies are temples of the Holy Spirit, so what better way to protect this temple than to eat healthy early on in life? This past March, a group of sixth-graders from St. Mary Magdalen Catholic School in Altamonte Springs had a chance to teach others how to do that very thing.

Seventh grade students Austin, Emily, Maria, Tyler entered a contest where they had to test their knowledge in many ways. Mentored by Mrs. Gordon, the group called itself the IncrEdibles. They represented the C.A.P.S. (Cognitive Ability Problem Solvers) program at St. Mary Magdalen at the eCybermission competition, an online competition for sixth to ninth grade students involving S.T.E.M. (Science, Technology, Engineering, Math) sponsored by the U.S. Army. Students submitted their best project associated with helping our society in a specific category. The topic of the IncrEdibles project focused on the amount of sugar 12-13- year-old children consume in school lunches in the sixth grade. Sixty students participated as part of the group surveyed.

Although the project involved countless hours of research and data gathering, the team agreed that the project was very rewarding. Emily commented, “We all strived to win, but we also enjoyed the process.” Each team member had an important role in the success of the project. Tyler and Austin were responsible for the PowerPoint presentation and inputting data, while Emily researched and created the survey, and Maria graded the surveys.

After five months of non-stop preparation, the data proved that school lunches brought from home had a high level of sugar. The moment finally came when the IncrEdibles presented their research to the judges at eCybermission. The school was notified that the IncrEdibles were the first place winner in the competition. They won first in the state, second in the southeastern region, a $1,000 savings bond for each member, and recognition on the competition’s website.

The team was grateful that the results reflected their passion about this project as obesity is a major health issue for children in the United States. The IncrEdibles focused on a topic that affects our society and their research is helping educate people to improve their well-being. “We want to educate others on the dangers of sugars and inform them about how to make healthier choices in school lunches,” Austin said.

Congratulations to the IncrEdibles and thank you for your dedication to others. Your team is truly incredible!

Pictured above are: Some of the IncrEdibles team with supervisor Deborah Gordon (left) and principal
Lorianne Rotz (right).