Students and staff impacted by Lady of Guadalupe Mass 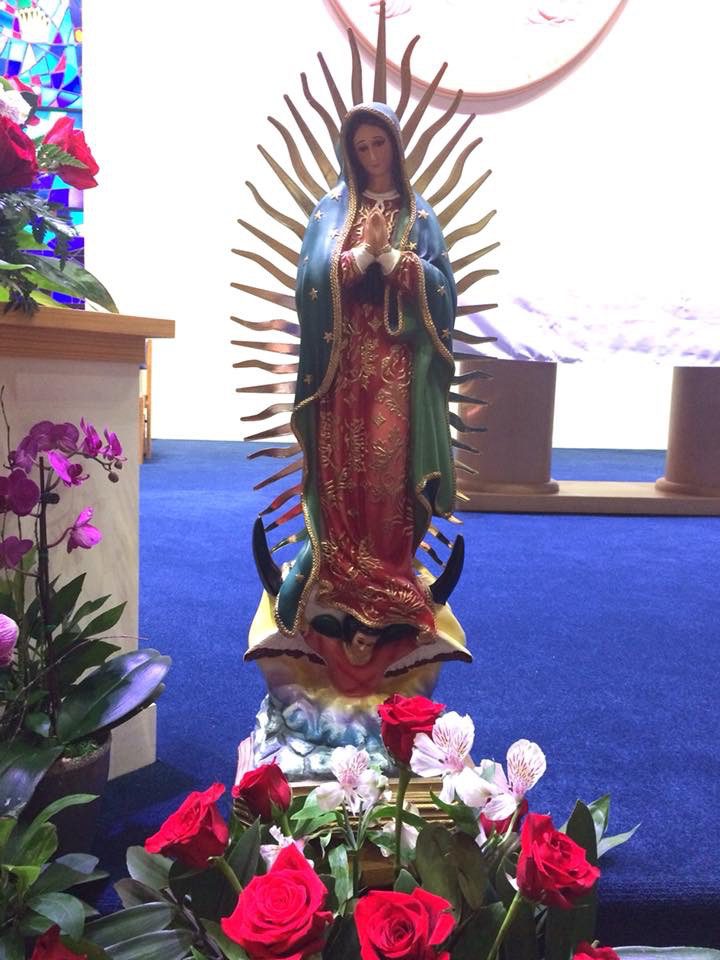 This past December, students at Resurrection Catholic School in Lakeland had the privilege and honor of participating in the parish’s Lady of Guadalupe Mass. Students and members of the teaching staff felt it was definitely an experience to remember. For many, this was the first time taking part in a Spanish traditional event!

“Attending this Mass has impacted my life by opening my eyes to see something beautiful that I never knew was there,” explained Stewart, an 8th grade student at Resurrection.

Stewart wasn’t the only one who felt this way. Maribel Waller, a teacher at Resurrection, stated that this particular Mass affected her even though she’s been attending it for as long as she can remember. Seeing the students share in her culture meant a lot. “It’s great to have a little bit of my culture and traditions out of my country,” she said.

Our Lady of Guadalupe Mass was very lively and wonderful to attend, but it also has an historical significance that is very important to the Spanish culture. “This Mass is significant because it is a celebration of when Mary revealed herself to Juan Diego,” Sydney, a student at Resurrection, notes. “It is also significant because it marks a period of unification for the Church.”

St. Juan Diego was a young peasant who saw a vision of the Virgin Mary at the Hill of Tepeyac in Mexico. Mary revealed herself four times to St. Juan, asking him to build a church on that site. This is now the location of the Basilica of Our Lady of Guadalupe and it is the destination of the world’s largest Catholic pilgrimage. Sydney further notes, “it opened my eyes to one of the many other cultures in the world we live in.”

Stewart summed up the value of participating in a Mass with traditions other than your own. He said it shows that you care by attending, but it also helps you find beauty in other traditions that will help you appreciate them more fully.  He concluded with this thought, “This Mass is filled with enthusiasm and light. It has changed my way of thinking about and seeing the Hispanic culture.”