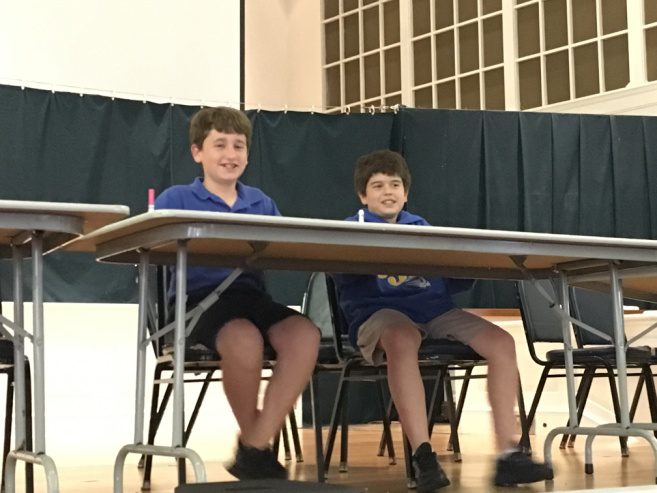 This past week the students from St. Joseph Academy in Lakeland, fourth through eighth grade, have been preparing and competing for a slot in the Geography Bee. In the final classroom rounds, two kids were chosen as class representatives.

Fourteen kids lined up on the stage in the auditorium to begin answering questions. In every round the children did a fantastic job, but slowly the contestants were eliminated until only two candidates remained, Carter (left in photo) and Caden (right in photo) who are both in seventh grade. Question after question, both students proved their knowledge until the winner was determined, Caden!

The school clapped and congratulated all of the contestants. People took pictures and talked about the complex questions that were asked throughout the rounds. The principal, Mrs. JessicaBruchey, was pleased with the students and their academic strength. So were the kids! Congratulations to Caden and good luck in the county competition.