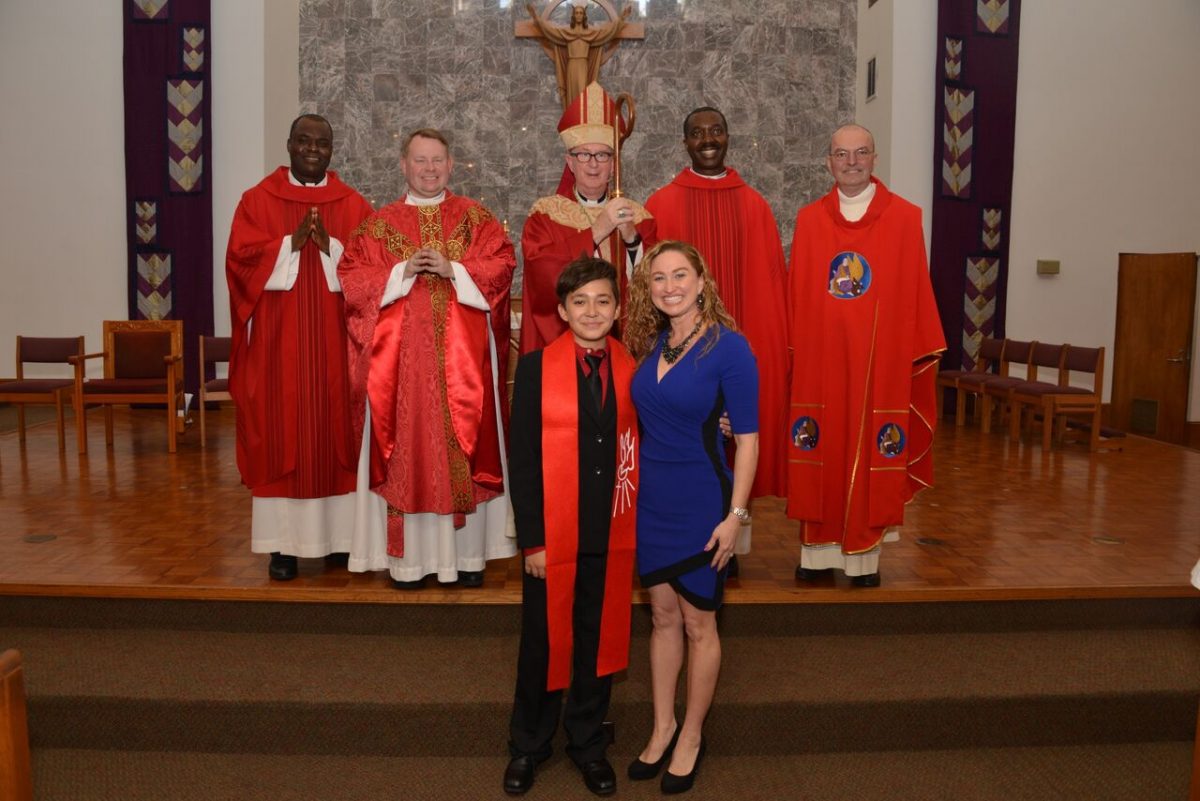 Confirmandi had different feelings about getting confirmed. Elizabeth, a student from Saint Joseph Catholic School expressed, “I felt very holy and one with the Holy Spirit after Confirmation.”

Another student from Saint Joseph Catholic School had similar opinions about his Confirmation. Noah remarked, “I felt very holy, and now the Holy Spirit is more involved in my life.”

In preparation for Confirmation, students picked a sponsor to guide them in living out their Catholic faith. Noah picked Maria Russell to be his sponsor. Noah said he chose her because she is a very inspirational person to him. Mrs. Russell demonstrates how not to give up and has told him to be firm in what he believes.

Being confirmed by the Bishop is such an honor. Many who got confirmed, felt different yet at one with the Holy Spirit. Our duty now is to live out the Good News!