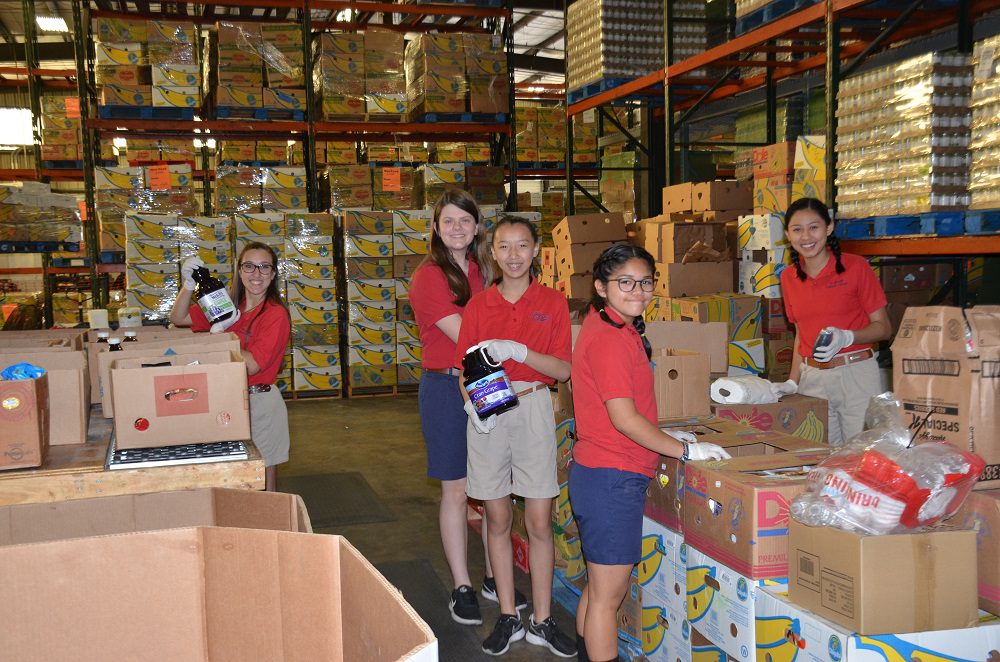 During Catholic Schools Week this year, Student Service Council members went to Agape Food Bank in North Lakeland to help sort food for distribution to those in need. The surreal experience prompted principal, Mrs. Tammi Haas, to allow the entire eighth grade to experience the opportunity to volunteer on March 30 and 31.

When the students first arrived, everyone was taken aback by the location. It seemed as though they were in the middle of nowhere, but once the students took a step inside, they realized that this was a lifeline for many people. The large warehouse was filled with millions of food items stacked to the roof, and a multitude of warm-hearted volunteers that helped many of the newcomers learn the tricks of the trade.

Once the students were given a tour, they were put to work. Part of the group went to sorting nonperishable food items, while others went to making lunches for students in the public school system, and another group sorted produce. At each section, there were many things that opened the eyes of each student. At the produce location, they saw a lot of fruit that could not be given away because it was ruined. Unfortunately, all the spoiled food could not be distributed to the people, but it was going to be used to feed local cattle. At Agape, there is always a way to make bad situations better.

All of the students went back to school glowing. They were all so happy that they were given the opportunity to help hundreds of people.