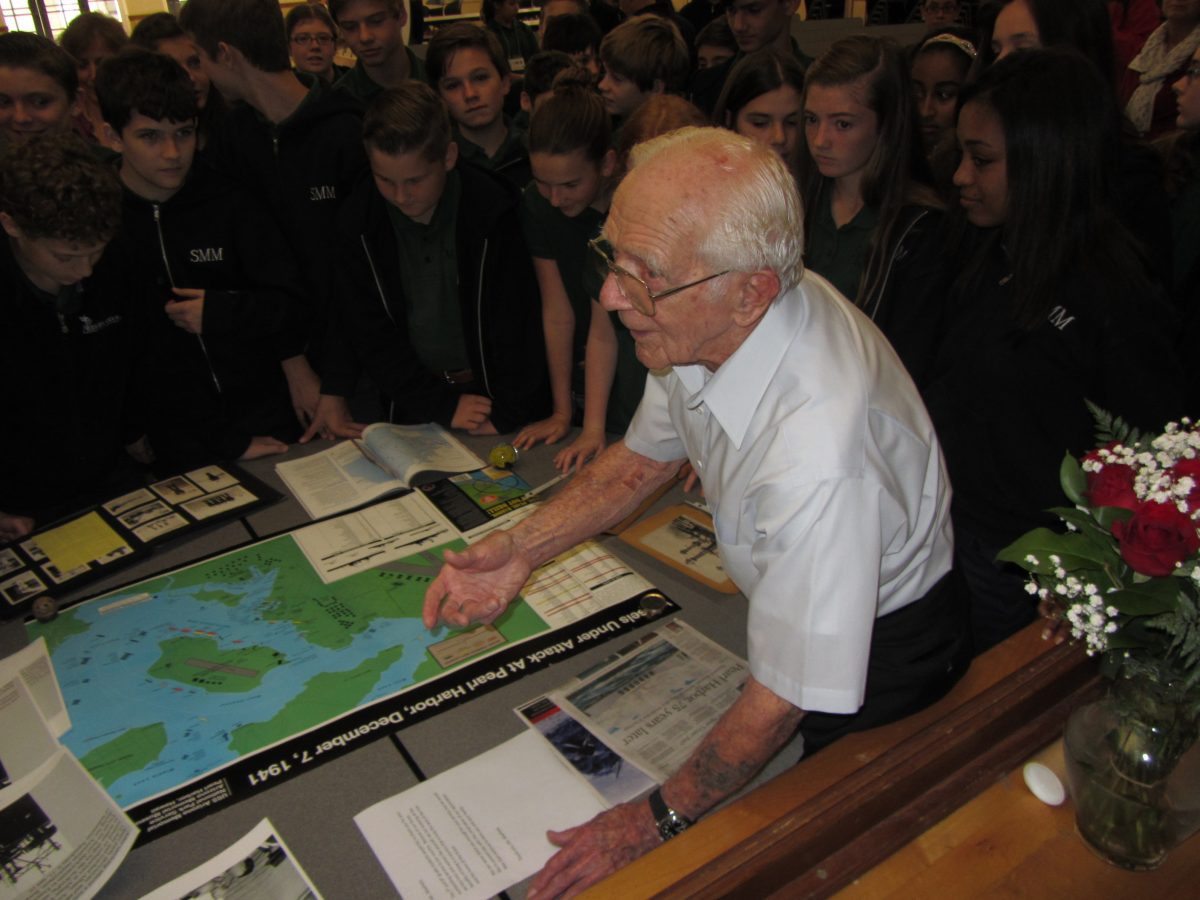 This year was the 75th anniversary of the attack on Pearl Harbor. As part of the celebration, St. Margaret Mary Catholic School in Winter Park invited Mr. Gerard “Max” T. Maxfield, a World War II veteran to speak. Maxfield was 17 when he started serving in the Navy. He was at Mass in San Diego at the time of the attack on Pearl Harbor. When he left Mass that morning, he heard the commander recounting what had just happened. He was supposed to go to Pearl Harbor the next day, but had to wait ten days before he could leave.

After Pearl Harbor, Maxfield was deployed to Australia for three years where he met and fell in love with his wife, Julie. They have been blessed with 71 years of marriage and seven children.

When the war ended, Maxfield and his wife and children went to live back in the states. Unfortunately, after the war, he was unemployed. He prayed a Novena to help him fine work and the day after it was completed, he encountered a man who worked in the Air Force. The man told him that they were looking for people to serve and that he should re-enlist and he might even get his rank back.

Maxfield found out how important the power of prayer was when he was accepted into the Air Force. He later lived in Japan and grew to admire the Japanese people. Max told us, “Love, forgiveness, prayer, and compassion” are the most important things in life. Maxfield is a truly devoted Catholic and a wonderful patriot. He inspired us with his incredible story of love and courage.