Students travel in time to life of Christ 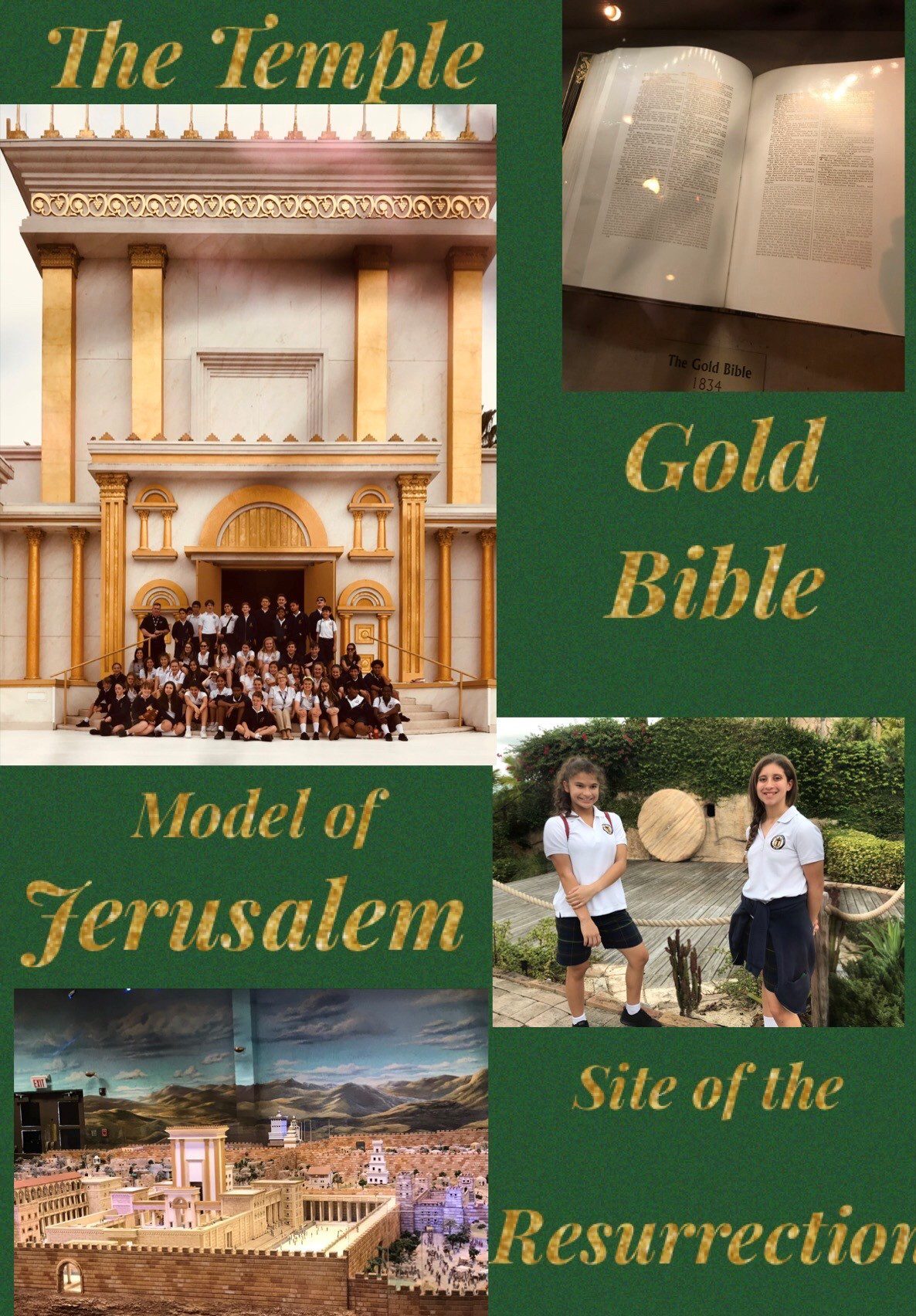 St. Mary Magdalen Catholic School seventh-graders stepped back in time January 14 while visiting The Holy Land Experience. From bibles to performances bringing the life and times of Christ to life, the students learned and imagined what it was like to be a good Jew in Jesus’ time and how his ministry impacted the world. 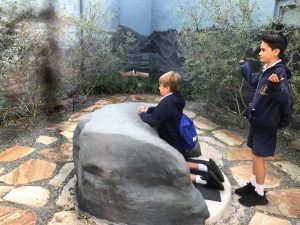 The Holy Land Experience is a Christian-based theme park in south of Orlando depicting the life and architecture of Jerusalem in the 1st century. Students visited the Scriptorium, saw plays, and a miniature model of Jerusalem from Jesus’ time. They loved everything from the hospitality of the staff, to the exhibits that were on display, and the performances. A highlight was the food at the park because the restaurants added to the authenticity of the experience. Impressed students commented on the quality of the performances. Everyone in seventh grade enjoyed the time from beginning to the end.

The Scriptorium holds the second largest collection of bibles in the United States. It was really a privilege to see the Scriptorium and all it contained. Containing many different bibles and scripts, students saw bibles that were written by hand and the first printed bibles. A model of the 15th century Gutenberg printing press was on display to show how the bibles were printed, which was very cool. One of the many things students learned during the tour was that the bible was originally in Hebrew and a man named Jerome, now known as Saint Jerome, translated it into Greek so everyone, not just the Israelites and Hebrews, could read the Word of God. A highlight of the visit in the Scriptorium was the golden bible with its script and margins etched in  24 karat gold. Seventh-grader Aidan C. said, “I really enjoyed the Scriptorium! I really liked the bibles and I liked the 24 karat gold bible.” 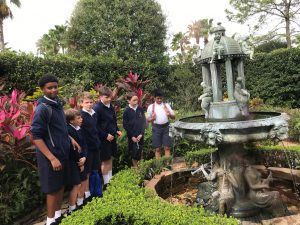 The students agreed the performances were amazing! Many students commented on how phenomenal the singing was and how it really brought the stories to life. The performances were very well explained and illustrated biblical stories. The first show was about the Portable Dwelling Place where the Ark of the Covenant was kept during the Exodus years. Another portrayed Mary Magdalen’s encounter with Jesus and how he saved her from being stoned. The songs and the emotion on the actors’ faces really made you feel like you were there. Vivian R. said, “The singing was amazing!” Many students agreed the most memorable line was, “Which among you has not sinned, then, you be the first to stone her.” Not one of the Pharisees stoned her and that had a huge impact on the class.

The miniature model of Jerusalem was so interesting. It was a scale model of Jerusalem in Jesus’ lifetime. The whole presentation was very well explained and depicted. It was interesting to see how different the lives of the people in the city and outside the city were during the first century of the Common Era. The architecture of the Temple of Jerusalem was spectacular because of how detailed and beautiful it was. People outside the city lived in small houses on hills, while rich merchants lived in big houses. It was great to see what material the houses were made of and where Herod or Pilate would have stayed when in the city. The model even showed where Jesus was believed to have been crucified.

The seventh grade field trip to the Holy Land Experience was indeed like traveling back to Old and New Testament times, and it helped students visualize the Jewishness of Our Lord, Jesus Christ, our roots as Catholics and our call to live a life which glorifies God.